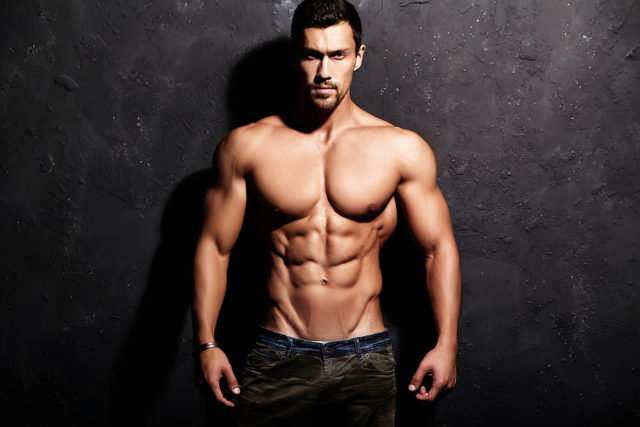 Speculation, myths, and assumptions abound when it comes to fitness and training, but it’s nothing compared to the fallacies that get thrown about on the topic of bodybuilding nutrition, specifically as it pertains to fat burning. One self-proclaimed diet guru will tell you that carbs act a certain way in the body, while another, equally “qualified” nutrition expert will directly contradict that. The fact is, the science around nutrition is constantly evolving. Eggs were once considered terrible for you, now they’re a nutritional powerhouse. Coconut oil had a short-lived run as the new superfood, but now research has begun to cast some doubt on that claim.

At some point, you have to set the record straight and debunk all the nutritional myths floating around out there. Here’s the catch: Some of those so-called myths are actually true. But which ones? To help you make sense of all the confusing rhetoric going back and forth, we’ve compiled 10 of the most common fat-burning “facts” and determined if they’re truly fact or complete fiction.

When you compare carbohydrates, protein and dietary fat gram for gram, fat is more “fattening” because dietary fat is more calorie dense. One gram of protein or carbs provides four calories, but the same amount of fat provides nine calories—more than double. This can add up to a ton of calories…if you’re eating butter with every meal.

But the bottom line is that a calorie is not necessarily a calorie. When you eat a diet that is moderate in fat (20 to 30% of total calories), you are not adding that many extra calories. Not to mention, when you eat primarily healthy fats, they are more readily used for energy than saturated and trans fats. And the omega-3 variety of healthy fats actually encourage fat burning. This nutrition tenet simply doesn’t have a black-or-white answer, and fat is an essential part of a healthy, fat-burning diet—just not in the form of fried chicken and bacon.

2. You Need to Cut Carbs to Get Lean

In fact, adequate carbohydrate intake prevents thyroid hormone levels from dropping. (Thyroid hormones are produced by the thyroid gland and are extremely important in governing fat burning.) If carbs plummet too drastically, thyroid levels are likely to take a dive too, which will put a damper on your fat-burning efforts. So keeping your carbohydrate intake adequate — enough to train hard and keep hormones in check — is the smart way to go.

When on a get-lean diet, you can keep your carbs to about one gram per pound of bodyweight. However, since low-carb diets are effective for getting super lean, when going below 1 gram, add a higher carb day (about 2 or more grams per pound) once a week.

There is research that supports the idea that simple H2O can help you burn more fat. For one, dehydrated individuals experience a drop in resting metabolic rate (the number of calories they burn in a day). So simply staying hydrated can help to keep metabolic rate and fat burning optimal.

Moreover, one research study from Germany reported that drinking about two cups of cold water led to about a 30% increase in subjects’ metabolic rate for over an hour; in male subjects, the majority of calories burned came from fat. The same researchers found similar results in a follow-up study.

It also appears that cold water raises metabolic rate because the body has to spend energy to warm the water to body temperature. Drink an extra two cups of cold water in between meals to keep your fat-burning ability turned up, but don’t think that simply drinking a lot of water will magically make you lean or negate other bad habits.

Without a doubt, bypassing breakfast is violating one of bodybuilding’s golden rules. When you wake up hungry and skip breakfast, levels of the protein hormone leptin, which regulates appetite and metabolism, can change, thus encouraging the body to hold on to its fat. In addition, skipping breakfast facilitates a catabolic (muscle wasting) state, which also causes the metabolism to slow. You’ve been sleeping for seven or eight hours (maybe more), which basically means you’ve been fasting. Outside of maybe brushing your teeth, the first thing you should be thinking of upon waking is getting adequate protein and carbs. This muscle wasting state is such a concern for bodybuilders that guys like two-time Mr. Olympia Jay Cutler have been known to wake up in the middle of the night and down a protein shake just to stay anabolic.

However, this is another long-held nutrition belief that is beginning to evolve with new research. With the advent of nutrition plans like intermittent fasting, which has been shown in increase insulin sensitivity, increase lifespan, and help people lose weight, skipping breakfast might be the best thing you can do for yourself. For anyone who isn’t intermittent fasting, however, breakfast is an essential component of a healthy, fat-burning diet, so we’ll stand behind this one for now.

5. Avoid Carbs After 6 PM to Lean Out

Going easy on carbs late at night is typically a great piece of advice when trying to lean out—but there’s an exception for those who work out late in the day.

If you train at night, you need to eat something beforehand that includes a small amount of slow-digesting carbs and some protein. And after training, you need a bit of fast-digesting carbs—even if it’s 11 o’clock at night—to kick-start muscle recovery.

Simple or fast-digesting carbs are great at the first meal of the day to bring up what are typically low blood sugar levels. This helps guide the body back into a growth mode after several hours of fasting overnight. And, of course, simple carbs are pretty much a necessity after training (whether it be lifting or cardio) to quickly return the body to an anabolic state, a state that was interrupted with hardcore training. That said, at all other times outside of breakfast and post-workout, take a pass on simple carbs.

7. You Need to Increase Your Protein Intake

When you begin a fat-burning diet and calories decrease, you have a copious amount of body-fat to burn and your protein needs don’t change much. However, as body-fat begins to be used up, the body begins to rely on an alternative source of energy: protein. This is when you need to significantly increase your protein intake or else your body will turn to its own muscle tissue to burn for energy. Start losing muscle tissue and your metabolism drops. And when your metabolism drops, fat burning decreases too, which undermines the whole point of being on a leaning out diet.

When getting super shredded is the goal, 1 gram of protein per pound of bodyweight a day may not be enough — up that to 1½ grams per pound to ensure you’re holding on to as much of your hard earned muscle as possible.

8. It’s Better to Train on an Empty Stomach

You should always eat before training. We repeat: never skip your pre-workout meal. Eating before your workout allows you to train hard, and hard training always takes precedent over cutting back on calories.

“If someone’s not sure where he is in a dieting phase, I’ll ask him, ‘How’s your workout intensity?’” says Chris Aceto, bodybuilding nutritional consultant. “If he answers that it stinks, that’s an indication that he’s eating too little and making the huge mistake of reducing calories at the expense of maintaining his ability to train hard. Hard training makes you lean. Hard training drives the metabolism. Those who eat nothing in the hours before their workout end up over trained, run down or they lose muscle simply because they can’t get the job done in the gym.”

9. You Have to Eat Less Later in the Day

As the day goes on, reserves of carbohydrates in the muscle (also known as muscle glycogen) tend to fill up. As glycogen stores approach “full,” the body tends to become more efficient at storing food, especially carbs, as body-fat. So, when in a fat-burning phase, keep meals (dinner) and snacks taken later in the day smaller than at breakfast and lunch. Also decrease carbohydrate intake as the day goes on, to the point where any late-night snack is primarily protein. If, for example, you’re going to eat a sweet potato, eat it at lunch or as part of a pre-workout meal. Come dinner time, try to limit carbs to vegetables. (If you train at night, see number five above.)

Caffeine increases the amount of fat that gets liberated from the fat cells, allowing it to be more readily burned for fuel. There’s nothing wrong with having a morning cup of joe, but to maximize caffeine’s fat burning effects, the best time to take it is around an hour before you train. Research shows this can make you stronger in the gym and lessen muscle pain during the workout, both of which will allow you to train harder. Shoot for 200-400 milligrams from a caffeine supplement pre-workout. Research shows that supplemental forms of caffeine (pills or powder) work better than coffee. But, of course, calories count too. If you’re overeating, don’t expect caffeine to make you leaner, especially if you’re adding calories from sugar or half and half. Drink coffee black and stay away from the lattes and mochas.