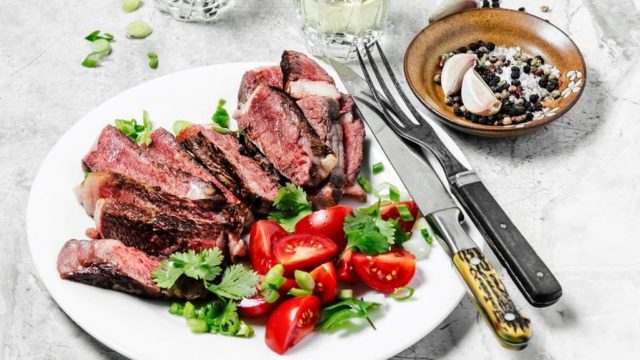 WHILE PALEO HAS its advocates and critics, the basics seem simple enough: no processed foods, grains, or legumes, and plenty of meat, vegetables, nuts, seeds, and fruit. But even in its simplicity there is still some confusion about why Paleo is or isn’t good for you. Here are three common myths about Paleo.

While many blame our modern-day diets of refined sugar, processed snacks, and alcohol for contributing to conditions like cancer, scientists recently discovered that early men actually suffered from the disease, too. According to researchers at the University of the Witwatersrand in Johannesburg, South Africa, they found a 1.7 million-year-old foot bone with evidence of cancer. Study author and paleoanthropologist Lee Berger, Ph.D said, “Not only has there been an assumption that these sorts of cancers and tumors are diseases of modernity, which these fossils clearly demonstrate they are not, but that we as modern humans exhibit them as a consequence of living longer, yet this rare tumor is found in a young child.”

According to research from the University of Florence in Italy, our Stone Age predecessors may have used oats to make oatmeal or even basic flour. The scientists studied a stone pestle, a tool used to grind food, found in the Paglicci Cave in southern Italy, and found it had the remains of starch from wild oat plants. The tool is approximately 32,600 years old, making it the oldest piece of evidence that humans processed oats way before the development of agriculture. While researchers don’t know exactly how these early men used the ground oats, it does suggest that they likely ate more grains than we thought.

This might seem nitpicky, but it isn’t exactly true that the Paleo Diet doesn’t include any processed foods. Avocado, coconut, and extra-virgin olive oils are popular staples in the meal plan, and do require some processing. Paleo protein powders and bars have also hit store shelves, and while many are made up of very few ingredients, they have still been processed. A better way to think about the diet is that you can have minimally processed foods.

THE 8 WORST THINGS A BEGINNER CAN DO IN THE GYM