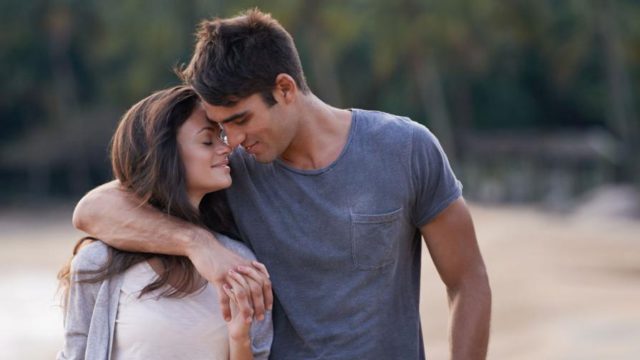 IF YOU’VE BEEN trying to optimize your online dating game to find a good girl, figure out how to pick up women at the gym, or meet women in general, you’re on the right track.

That said, there are plenty of ways to help make women more attracted to you. Use these 30—and, hey, good luck out there.

1. Think more about who you are than how you look

A person with positive personality traits is much more attractive to the opposite sex than the same person without those traits, a 2014 study found. So buff your character and boost your brain to win more dates.

In one poll, 85% of single women said they’d prefer a well-dressed man over a rich one. That doesn’t mean a suit and tie, says psychotherapist Moushumi Ghose, M.F.T. “Jeans are fine—just add a little something to make it nicer than normal,” like a cool jacket or a (wrinkle-free) shirt that matches your eye color.

Skip the power shave: Evolution & Human Behavior found that women think a light beard or heavy stubble is sexier than a close shave.

4. Having said that: Ditch the bun and trash the ’stache

A man bun is kryptonite to 63% of women, and just 2% in a West Coast survey thought a mustache was sexy. But keep the chest mat—73% said they dig some body hair.

“If she’s the one for you, she’ll be attracted to who you truly are,” says Ginnie Love, Ph.D., author, and intuitive psychotherapist. “So be yourself, and if that isn’t enough for her, no worries—it will be for the one who finds you.”

6. Give her an eyeful

If you have a little bit of game, use your eyes to get the green light: Glance down at her lips, and if she nods or smiles, that’s a good signal you won’t get a stiff arm when you make your move.

7. Don’t freak out if you’re not a muscleman

Sure, women like men with bigger muscles—if they’re looking for a short fling, a UCLA study found. But in long-term relationships, it’s not a key factor.

8. Spiff up your social media

About 48% of single women check out their date on Facebook first, so get rid of any unflattering pics or reveries on SI swimsuit models.

About 97% of single women say how funny a man is is as important as how he looks. And a Psychological Reports study found that a guy’s more likely to get a woman’s digits if he uses humor. So steer clear of serious topics at first. “Think about how you are when you’re in a playful, comfortable mood,” says Ghose. “And don’t be too sarcastic or too touchy. Keep it light and simple. Ask her questions, and definitely compliment her.”

10. Don’t play the role of a trainer unless you are one

At the gym? Don’t correct her form or “suggest” how to do a move. Instead, offer to spot her, says author and sexologist Susan Block, Ph.D. If you get a conversation going, talk about your weekend, mention your dog…

The low-key, family-friendly vibe of a grocery store gives some level of comfort and safety, says Love. “If the cues are right, make your way over and introduce yourself. It’s that easy.” But skip anything canned (so to speak): One-liners like “Are those melons fresh?” get guys eye rolls, not dinner dates.

“Take deep, slow breaths to calm down enough to be your best self,” says Love. If that means mastering proper nose breathing—which calms you and makes your brain sharper, a Northwestern University found—it’s worth it. (Try the calm.com app—it’s free!)

13. Give her top billing

“It may seem obvious, but ask her about herself and she’ll be more likely to feel connected to you,” says Ghose. In other words: When you’re on a date together, don’t aim to make her think you’re the most interesting person in the room—aim to make her think she is. Be aware of what not to say on a first date, too.

Got a fast car, hot job, sweet pad? Keep them to yourself. Wearing your heart on your sleeve can be endearing—but not your wallet.

Then go to the dog park. To a good woman, good dog=good man, says Block. Plus, right from the start, you know you have something in common.

16. Surprise her with surprising flattery

17. Know when to play the old-fashioned gentleman

Treat her right. Make her feel special. Respect her, says Love. And a feminist streak is great, but bury it when the bill comes: 77% of couples say the guy should pay on the first date.

“If she keeps close to you—even if her eyes or head is down—or she stays through awkward moments when it seems you’ve run out of things to say, you’ll know it’s time to make the first move,” says Ghose.

No good at reading body language? Just say, “You’re really beautiful. I’d like to kiss you,” and wait. If she doesn’t say no or run, go for it.

If you’re genuinely interested in a second date, let her know right away, and try to make a date for three to four days later. Vulnerability (she may say no) combined with confidence (you’re asking her anyway) shows sexiness and strength.

21. Know her go-to mode of communication

Does she consider emails and text messages tacky? Phone calls annoying? Find out, Ghose suggests. “That way, you meet her in her comfortable space.”

22. Make sure your social media profile reflects you positively

About 48% of women check out a dude on Facebook before the first date.

23. If you cancel a date, reschedule asap

Consistency is key at the start. If something comes up, set up a new date right away, lest she think you’ve developed cold feet about meeting up.

It doesn’t matter how long you go, or if you come every time (though it doesn’t hurt to try and make sure she does). Says Love, “Sometimes it’s about the closeness and connection.”

Once you’re more intimate, says Ghose, “text her sexy messages that let her know you desire her.” That’s text, not sext—unless she starts it, keep your Anthony Weiner side on a choke chain. Use our classy man’s guide to sexting for more pointers.

“Do things that let her know you hear her,” says Ghose. If work’s stressing her, suggest something to help—a spa getaway, making her dinner, giving her a foot massage. She won’t forget.

27. Be passionate about showing her respect

Let her know how much you admire her and look up to her, says Ghose. Keeping the passion up is all about respect, admiration, and appreciation.

“In the moment, men often forget they’re larger and their voices are deeper,” says Love. Keep that in mind in tiffs—as well as these 10 tips for arguing with your girlfriend—and you won’t come across as bullying.

29. Give her space if she wants to take a break

Just hit the bricks and see what happens. A breakup doesn’t need to be final—but if you stalk her, it will be.

“We all know when the spell’s been broken,” says Love, “when not just the attraction but the desire and communication are gone.” But splitting civilly earns you good karma—not to mention good word of mouth around town (or the Internet). And that certainly can’t hurt in the long run.

Why some guys naturally have superhuman strength

7 ways to make a woman laugh