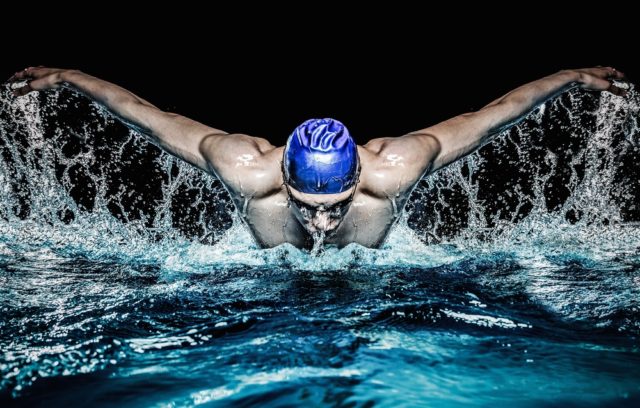 In our search for the most effective weight training exercises for athletes, we decided to contact a handful of the best trainers and strength coaches and ask them each one simple, yet ever-perplexing question: What is the single best exercise a ballplayer, fighters= or any other sportsman for that matter can do to improve his performance.

More than one trainer made the point that it’s virtually impossible to pick one single move that trumps all others. So we rephrased the question: If for some odd reason, you were limited to one exercise to prescribe to your athletes, what would it be?

In the end, the trainers came through in fine fashion and delivered the following 10 exercises. Each individual had his own reason for choosing the exercise he did, but overall, any one exercise on the list will work for a number of sports, from football to fighting, provided that sport requires some combination of strength, power, flexibility and conditioning. Fortunately, you’re not limited to picking just one exercise. Work several (or even all) of them into your current lifting program and we promise you’ll be that much more of a beast in your chosen sport.
One-Arm Rope Cable Row

Why it’s effective: “This exercise is a perfect pulling movement for any athlete, as it incorporates aspects of grip strength, postural stability in the athletic position and single limb movement,” says Mike Stack, CSCS, president and CEO of Applied Fitness Solutions, an Ann Arbor, Michigan-based fitness and performance enhancement firm. “Beyond that, the explosive nature of the pull simulates the ballistic movement common to most sports.”

How to do it: Stand facing a cable stack with a rope attachment at chest height. Firmly fix your body with your chest and head up and your feet wider than shoulder width. Start with one arm fully extended holding onto the rope and the other at your waist in the ready position. Pull the rope hard and fast in toward your midsection, rotating your body slightly to that side while also getting your back and hips into the movement. Pause with the weight at the top, then lower back to the start position. Do all reps with one arm, then switch arms.

Why it’s effective: “The Prowler automatically places you in an athletic stance,” says Gregg Miele, personal trainer to multiple celebrity and athlete clients and owner of New York Strength and Conditioning Industries. “Pushing it for distance or speed is great for acceleration mechanics, speed, strength and power development and overall conditioning.”

“Sled pushes will give you an unreal lactic acid build up, and for me, recovering from a sled workout is like recovering from a fight,” says MMA coach Jon Chaimberg. “It’s also very sport specific to fighters, as [the driving of the legs] simulates a double leg takedown. There is no better movement that encompasses everything I need than this one.”

How to do it: Sled pushes are to be performed in an open space, either outdoors (ie, a parking lot) or in an indoor facility with an artificial turf field. Grasp the bars of the sled (loaded with appropriate weight) near the top and lean over at the waist so that your torso is just above parallel to the ground. Keeping your arms extended but not locked out in front of you, push the sled as fast as you can by driving your legs in relatively short, choppy steps. Push the sled for desired distance, then rest and repeat.

How much to do: Chaimberg typically has his athletes do around eight 40-yard sled pushes, where each interval is performed as a seven- to 12-second sprint.

Why it’s effective: “The med ball toss for height is a great low body power exercise,” says Ed McNeely, MS, vice president and education director of StrengthPro, Inc., in Las Vegas. “It trains the all-important triple extension—where the knees, hips and ankles all extend to propel you upward—which is essential for most speed and power sports.”

How to do it: This exercise is best performed in an open space outdoors, where a ceiling won’t impede the flight of the ball and bystanders and objects won’t be struck when the ball lands. Stand holding a 10-15-pound medicine ball with both hands, your arms extended near your waist and your feet shoulder width apart. Squat down slightly, allowing your trunk to lean forward and the ball to move between your legs, then immediately explode up by extending your knees, hips and ankles and throw the ball as high as possible overhead. Locate the ball in the air so that it doesn’t land on you on the way back down. Pick up the ball and repeat.

What it hits: Quads, glutes., hamstrings, back, shoulders, biceps

Why it’s effective: “Because this movement requires you to rip the weight off the ground and press it overhead, you’re working explosive power from the ground up,” says Zach Even-Esh, performance coach to athletes and owner of the Underground Strength Gym in Edison, NJ. “Your legs, back, grip, shoulders and biceps are working intensely to lift the dumbbell. The one-arm dumbbell clean and press is also easy to learn. With athletes, time is often of the essence and if you want to maximize your time in the gym, choosing complicated movements and lifting patterns will minimize progress.”

How to do it: Stand with a relatively heavy dumbbell in front of you on the floor, your feet about shoulder-width apart. Bend at the knees and waist to reach down and grasp the dumbbell with one hand. Keeping your chest out and your back arched slightly, explosively pull the dumbbell straight up as high as you can, then drop underneath it and catch it in the “clean” position (elbow pointed forward, hand and dumbbell on or just above your front deltoid). Extend your legs to stand upright, then explosively press the dumbbell overhead from the cleaned position. Carefully reverse the motion to return the dumbbell toward the floor. Subsequent reps can start with either the dumbbell resting on the floor or hanging at mid-shin level. Repeat all reps with one arm, then switch arms.

Why it’s effective: “This may seem like an odd choice,” says Martin Gibala, PhD, professor and chair of the department of kinesiology at McMaster University in Hamilton, Ontario, Canada. “But my suggestion would be the burpee. It doesn’t require specialized equipment, can be performed anywhere and is a form of strength training where many major muscle groups are subjected to a resistive force that’s applied using the person’s own body weight. If done in sufficient number (or in repeated cycles), burpees are a form of HIIT training that places on aerobic stress on the cardiorespiratory system and also likely improves muscle oxidative capacity.”

How to do it: The burpee is a four-part movement consisting of the following phases done consecutively without pause: (1) From a standing position, bend over at the waist and squat down until your hands are on the floor just in front of your feet; (2) kick your legs back behind you to place yourself in a push-up position (option for adding difficulty: do one or more push-ups at this point); (3) reverse the previous motion by pulling your knees in toward your midsection to return to the squatted position; (4) stand up to return to the start position (for added difficulty, jump up as high as you can at the top of each rep with your arms extended overhead). That’s one rep.

How much to do: As an initial recommendation, Gibala suggests 5 sets of 20 reps with 1 minute rest between sets.

The Ultimate Traveling Guide For Men.

9 MENTAL STRATEGIES TO IMPROVE YOUR WORKOUTS

The worst cardio workout mistakes you can make