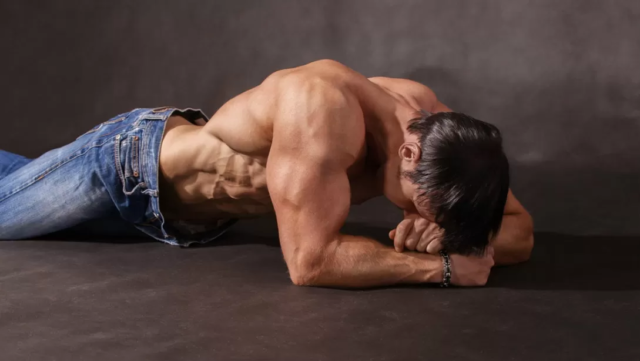 There are many people who love this time of year—the cooler temps, the changing leaves and the ability to wear sweaters and boots without sweating like a pig are all reasons to embrace autumn. For others, though, the shorter days—coupled with all of the soon-to-come holiday celebrations and office parties—make fall and winter the worst time of the entire year.

According to Mental Health America,around 5 percent of the United States population experiences seasonal affective disorder (SAD) yearly. For SAD sufferers, many of whom struggle most during the last quarter of the year, symptoms can include sadness, anxiety, irritability, low energy, oversleeping, social withdrawal and cravings for carbs and simple sugars. This may not seem like a serious condition, but it definitely is. SAD patients can experience the same depths of despairs as those suffering from other forms of clinical depression.

While the exact reasons for SAD aren’t clear, it’s believed that a vitamin D deficiency and lack of sunlight keeps a part of the brain—the hypothalamus—from working properly, which leads to a disruption of circadian rhythms. When our circadian rhythms are out of whack, it can affect our levels of melatonin and serotonin, and all of these factors then lead to the negative changes in mood and sleep experienced by SAD sufferers. In North America, the prevalence of SAD increases with latitude (those living in cooler climates with less sunshine are more impacted), so you’re more likely to experience SAD if you live in New Hampshire versus, say, Florida.

The good news is that SAD symptoms typically improve each year with the coming of sunnier spring weather, but the even better news is that you no longer have to spend several months of every year feeling lousy and down in the dumps. There are some all-natural treatments for SAD that are just as effective—if not more so—than pharmaceuticals, and they don’t trigger the weight gain, digestive distress, sleep problems and other side effects that drugs often do.

Flip through to find out my 5 favorites.

A lack of Vitamin D, also known as sunshine vitamin, has long been linked to depression, and patients with seasonal affective disorder often have low levels of this essential vitamin. Most adults are believed to have some degree of Vitamin D deficiency, and those who have dark skin, who live in northern regions of the world with less access to year-round sunlight, or who are overweight have an even greater risk of deficiency. Supplementing with Vitamin D can ward off or improve SAD symptoms while also boosting bone and immune health.

A low mood is one of the worst and most prominent symptoms of SAD, but fish oilhas scientifically been shown to prevent and improve depression. Fish oils contain two types of omega-3 fatty acids: DHA and EPA. Both DHA and EPA play important roles in brain function and mood, and there’s a great deal of research linking low levels of both to mental and emotional disorders, including depression. Studies show that countries with higher consumption rates of fresh fish have significantly lower depression rates, and vice versa. In fact, a study in Finland analyzed over three thousand adults and found that the likelihood of depressive symptoms was significantly higher for people who rarely ate fish compared to those who were frequent fish consumers. So if you’re not eating fresh fish on a very regular basis, a fish oil supplement is a perfect way to ensure you’re getting enough omega.

Since abnormal melatonin levels are thought to be one of the contributing factors of SAD, supplementing with this hormone makes perfect sense. Melatonin is a vital hormone secreted by the pineal gland that is responsible for maintaining your body’s circadian rhythm. For anyone, a lack of exposure to light during the day can disrupt the body’s normal melatonin cycles, but for SAD sufferers, this lack of exposure to light in the fall and winter months can be especially problematic and lead to disrupted circadian rhythms. Melatonin can help get circadian rhythms (and, as a result, good sleep) back on track. Research has also shown that taking a melatonin supplement at the correct time of day can more than double improvement in depression scores.

The Greek physicians of the first century recommended the use of St. John’s Wort for its medicinal value, and the ancients believed that the plant held mystical and protective powers. Today, St. John’s Wort is an herb that is highly valued for its ability to improve mild to moderate depression, and many people often find it very helpful for seasonal affective disorder. When used alone, this herb has been shown to improve mood in SAD sufferers, but research shows that when St. John’s Wort is combined with phototherapy, it works even better to improve SAD symptoms. If that’s not enough proof of the herb’s effectiveness, consider this: Worldwide sales of products made from St. John’s Wort now exceed several billion dollars each year.

Because vitamin B6 is so important for nerve function, a vitamin B6 deficiency is most commonly linked to neuropsychiatric disorders, and signs of a vitamin B6 deficiency can include changes in mood, including irritability, anxiety and depression. Some prescription antidepressant medications work by raising levels of serotonin in the brain, but vitamin B6 does this naturally, as research has shown that vitamin B6 has a significant impact on the central production of both serotonin and GABA neurotransmitters in the brain. These are important hormones that control mood and are needed to prevent commons symptoms of SAD, including depression, anxiety and fatigue.

Before supplementing with any of the products mentioned here, please remember that it’s always important to work with your doctor to establish popular dosages based on your specific needs. It’s also important to make sure that you’re not already taking any medications or have any other medical conditions that might lead to adverse supplement reactions.

There is no medical test for SAD, but your doctor should be able to make a diagnosis based on your history of symptoms. These five supplements will hopefully help you not only reduce your SAD symptoms, but, ideally, prevent it from happening in the first place!