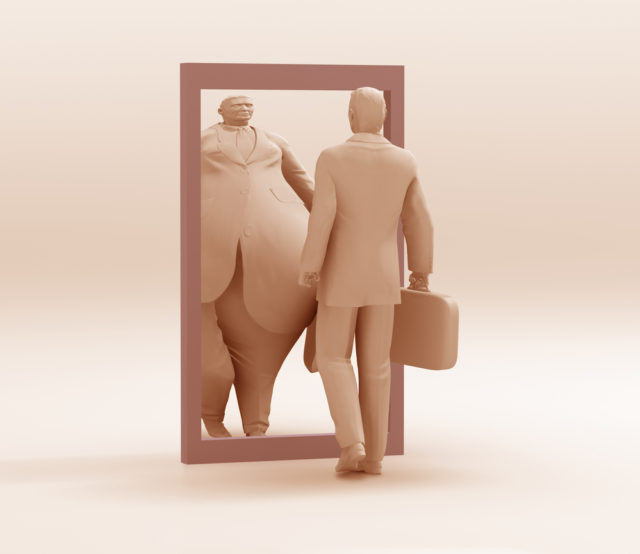 Would you be surprised to learn that millions of men around the world will have an eating disorder at some point in their lives, with athletes far more likely to be affected than non-athletes?

Veteran broadcast journalist and correspondent Soledad O’Brien was shocked to learn that and more, while reporting on eating disorders in male athletes for a recent segment of HBO’s Real Sports.

“I was surprised at first, because I always thought that elite athletes in some way treat their bodies like a temple, but then when you realize that many of them would say what made them an elite athlete is also what made them really great at having an eating disorder, it started to make sense,” O’Brien tells Muscle & Fitness.

Eating disorders actually carry the highest mortality rate when it come to mental illnesses, with male athletes suffering from more than anorexia or bulimia: binge eating, purging, laxative abuse, and fasting are some of the other eating disorders affecting male athletes on all levels—from youth sports all the way up to the pros.

Last year, former Seattle Mariners catcher Mike Marjama retired at 28 to become an ambassador for the National Eating Disorders Association (NEDA). He had battled anorexia and bulimia for five years as a California adolescent, before entering inpatient treatment. He wanted to dedicate his life to helping others with similar issues.

We spoke with O’Brien and the producer of the Real Sports segment, Maggie Burbank, about what they learned from investigating the subject and their reactions to eating disorders among male athletes.

One-third of people with eating disorders are men.

O’Brien: I really could not believe that number because I would not have guessed it! I would have thought it’s a fraction of that. And, then, when we really started diving into the piece and talking both to mostly the young men who were struggling and the experts, I think it made a lot more sense because there’s just such a stigma and there’s no real system where these guys can very easily get help.

The culture of sports’ hypermasculinity contributes to eating disorders.

O’Brien: They’re competitive, they don’t want to lose. They will do anything in order to give them an advantage and when it kind of crosses the line to disorders of eating, you can see how that intensity, which is great and essential in elite sports, can pretty easily translate to somebody whose really unable to control their food. I think there is a lot around the culture of sport that is ‘suck it up,’ ‘no pain no gain,’ ‘push through it.’ I think that’s very much supported socially by people who are around the athletes. I think there’s a huge sense of support for people who are like, ‘Listen, you really have to suffer in order to be top-notch and top-tier.’ The idea that what makes you a great athlete makes you really great at being anorexic—that made sense to me.

Burbank: The athletes that are most at-risk are the men who are playing or competing in aesthetic sports like figure skating or gymnastics or weight-class sports like wrestling, rowing, cycling. When you think about that, that does make sense to me. How you look or physically how much you weigh—a lot of your success depends on that.

It’s a lot more than anorexia or bulimia.

O’Brien: I think, what was interesting to me was that they would go through a binge and just describe that binge as hiding in the closet and eating pizza or scarfing down an entire jar or jars of peanut butter—more food and more food and more food. I think I was surprised that they didn’t realize they were binging. It never really occurred to them that they had an eating disorder, even though what they were doing was clearly the definition of binging.

O’Brien: The online pressure—Instagram, athletes are constantly judging and sending messages, with people talking about, ‘If you really want to lose weight,’ giving them these very unscientific tips about what the experts call ‘bro science.’ They definitely don’t have a scientific grounding in how to be healthier. I think for every single person we talked to, that was a big part of it. The online portion, (specifically social media), really supported them in their disordered eating and thinking about food.

It’s not just a ‘women’s issue’ — many men suffer in silence.

O’Brien: When something is perceived to be a women’s disease, it doesn’t make men want to embrace the challenges of it. In some cases, the people who Maggie and I talked to, it never crossed their mind that they had an eating disorder, even though all of us would say, ‘Wow, you have such disordered thinking around how you eat.’ So, I thought that was interesting too.

A lot of people would tell us—whether they were someone who struggled with an eating disorder or they were talking about a loved one—that many of the eating disorder clinics don’t even take men. They only take women. And the ones that do take men, sometimes the young man would be the only guy in there. A lot of the literature around eating disorders talk about one warning sign is that you lose your period, you stop menstruating, so all these guys are like, ‘Well, clearly that has nothing to do with me.’

There’s an entire structure around it where it’s like, ‘This is probably not your problem’ and I think that contributes to so many more men having the problem that don’t necessarily identify it as having an eating disorder.

O’Brien: I think the only way that you can genuinely make change is that people who are very brave speak up and speak out and for people to overcome their fears and anxiety around it and do it because they recognize they’re doing a service by sharing their story. It’s embarrassing sometimes, tough sometimes, [sharing] horrifying details of their story, but they actually help pave the way for other people to understand the issue and for people who are suffering to get help. It’s tremendously courageous and I don’t know that you could really move the needle until you have those people who are pioneers in a way—who stand up and say ‘This is my issue and I’m going to talk about it and I’m going to be unflinchingly honest about it because it has to change.’

Want more women to ‘like’ you on dating apps? Choose black and white photos,...

10 WAYS TO GROW THICK AND WIDE