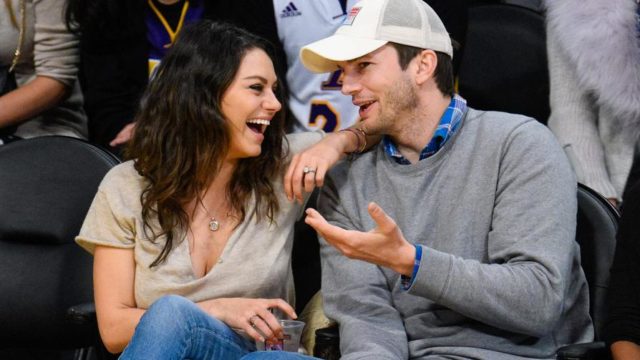 IT’S NO WONDER the self-help industry is worth billions of dollars. Everyone wants to know how to be more popular, more interesting, more charming, more approachable, less introverted.

But for something as subjective as charm, attractiveness, and humor, are there really ways to improve fundamental aspects of yourself? Surprisingly, there are.

Just as you can train and eat right to improve your appearance, hone your conversational skills by engaging with more people and going on more dates, and improve your public speaking skills by getting up in front of people and embarrassing yourself a few times, you can teach yourself to be more funny. Just ask a stand-up comedian.

“They say it takes 10 years before you really find your voice, so I don’t think I’m quite there yet,” says Chris Gersbeck, a New York City-based comic. But comedy is always a work in progress, and he’s dedicated the last three years to tuning that voice and using comedy as a means to overcome his shyness and anxiety. “I’ve talked to comics who have been doing comedy for decades, and they still get this wave of nervousness. Once I realized it’s a thing that’s not going away, I learned to embrace it. Also: Zoloft.”

Here, Gersbeck offers some tried, tested, and practical ways to overcome your comedic hangups and make a woman laugh.

1. Be comfortable laughing at yourself.

Just as writers are told to “write what they know,” your sense of humor should come from the same place—yourself. “I find that drawing from personal experiences is what usually lands the most,” Gersbeck says. “Some of the best comedians base their entire act on self-deprecation. There’s something to be said for making fun of yourself. It shows that you’re cool and laid back. I wouldn’t know, though—I’m a big, stupid idiot.”

One thing to note: Self-deprecation can take a turn from funny to awkward if you take it too far. Joking about being a klutz or horrible at cooking is one thing, but an extended rant about how you’re terrible at life will become a pity party fast. And a pity party is never funny.

Knowing when to quit while you’re ahead is an essential comedic skill. “Word economy is super-important,” Gersbeck quips.

Put another way: You don’t need to talk a lot to be funny. Some of the funniest people are masters of the one-liner who save their words for when they have something meaningful to say. Stop and listen. Humor is based heavily on interaction, knowing your audience, and knowing when to plug in or hang back. Trying to spout off a bunch of lukewarm jokes will just drown out the ones that actually land.

Deliberately being corny is a good, safe way to get a chuckle without being offensive, especially if you don’t know her or her sense of humor just yet. Humor doesn’t need to be particularly unique or clever. Sometimes the best laughs are cheap laughs, and if off-the-cuff, elaborate wit isn’t your forte, arm yourself with a few cheesy icebreakers. But remember to, especially in this case, practice that word economy we just talked about.

“Some people actually like corny jokes,” Gersbeck says. “Not me, though. There’s only so much material you can get out of corn.”

Cat just died? Lost your job? Feeling depressed? Then don’t try to be funny. Women don’t expect you to be funny all the time, and attempting humor when you have to force it is obvious and disingenuous.

You don’t need to pressure yourself to be funny all the time. It’s OK to give it a rest. “No one likes it when someone is always ‘on,’” he says. “Take a breather every now and then, and just be yourself. There’s a good reason we don’t hear much from Gallagher anymore.”

Humor and irreverence are great ways to deal with crappy situations, but set a limit. It’s fun to make light of an awkward or difficult situation—maybe you just spilled a drink on yourself or you flubbed the restaurant reservations. Poking fun at yourself and laughing it off are good ways to diffuse the tension. But don’t tell a joke when she tells you her grandmother just died.

“Finding humor in your own personal bad or awkward situations can be very therapeutic, but that’s because it’s your tragedy to laugh at,” Gersbeck advises. “Making jokes about the misfortune of others is generally not going to land.” Humor should never be cruel.

What are friends and family good for if you can’t make them test subjects for your comedic stylings? Stand-up comedians need to get on stage to get better at their craft, and unless you’re willing to take the terrifying plunge into stand-up (if so, kudos to you), you can test your sense of humor on a trusted, non-judgemental audience before you start whipping it out on dates.

This will also give you a chance to find out what flavor of funny you are. Are you the glib, dry type? Are physical comedy and hilarious voices your thing? Are you great at telling long, detailed stories, or more adept at quick, witty observations? Feel it out. Some people are made to be physical comics, whereas others are primed for more cerebral humor.

Gersbeck’s only warning: “This might be a good way to hone your skills for a date, but it will make your friends and family hate you. My mom stopped returning my texts months ago.”

7. If all else fails, be OK with not being funny.

OK, so: Forced humor is awkward humor, being “on” all the time is more irritating than entertaining, and talking too much usually means not saying anything. Essentially, that means it’s OK to accept that you’re not particularly funny, rather than try to be someone you’re not. “Telling jokes or doing stand-up isn’t for everyone,” Gersbeck says. “Not to discourage anyone from trying it, but if you don’t think you’re funny, why would she think so?”

Focus on your other strong qualities. Maybe you’re incredibly smart or a fantastic listener. Hone in on those strengths to build a foundation for your relationship with a woman. Once you pass a certain threshold you’ll be surprised to find that your comfort level and your understanding of what makes her tick will bring out your inner sense of humor.

“They say acceptance is the key to serenity,” Gersbeck says. “They also say Diet Dr. Pepper tastes just like regular Dr. Pepper, so nothing is real.”

Chris Gersbeck is a New York City-based comedian and co-host of the Overkill podcast on iTunes.

THE 15 MOST BASIC FACTS ABOUT BUILDING MUSCLE