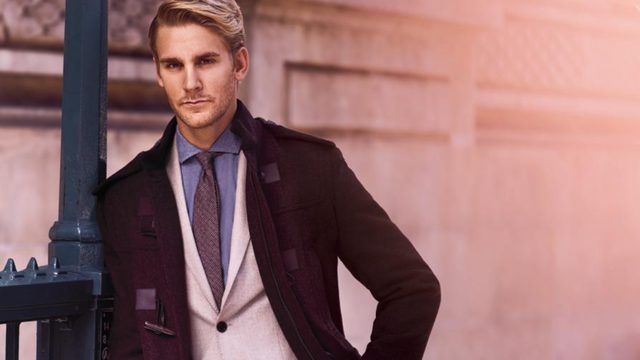 YOU DON’T HAVE to be 6’3″ to walk into a room looking like a total badass.

So what do they know that you don’t? Simply that there are just a few key errors many shorter guys make when getting dressed, and that if you learn to avoid them, you’ll forever change your look.

Here, the style mistakes you really want to steer clear of:

Why you should avoid it: If you tend to wear your clothes straight from the store without alterations, there’s a good chance a lot of the stuff in your closet could fit you way better. “Being on the shorter side means off-the-rack won’t always apply to you,” says Dwight Fenton, chief creative officer at BONOBOS.

Do this instead: At least for the good stuff—your jeans, pants, blazers, and suits—“let a trusted tailor finish the job,” he says.

2. Your jacket is too big

Why you should avoid it: We get it: Sometimes you’d rather buy the large instead of the medium, or the medium instead of the small. But wearing a size that’s too big only makes you look smaller.

Do this instead: The secret to the perfect fit is making sure the shoulders sit correctly: “Get as close as you can to having the shoulders in the right place,” suggests Fenton. When the shoulders aren’t sticking up or out, and the jacket feels like a comfy second skin, you’ve found the size and style for you. And remember: Not all jackets are meant to be worn closed, so don’t dismiss a bomber or blazer that fits like a glove when it’s open, just because it’s a bit tight when it’s closed (as long as you can, you know, move your arms).

3. Your pants are too short

Why you should avoid it: Pants that aren’t long enough tend to make your legs look shorter than they actually are.

Do this instead: Pants tailored to the right length “will not only make you feel more confident, they’ll also give the appearance of more height,” says Kevin Harter, VP of Fashion Direction, Men’s and Home, for Bloomingdale’s. They shouldn’t be so long that they crease—just long enough that your socks aren’t constantly on display. But beware: Some very old-school tailors tend to hem pants on the shorter side deliberately, so be sure to ask yours to leave a pinch of extra length in the inseam. It’s worth the extra money or driving distance to find a tailor who gets it.

4. Your pants are too baggy and saggy

Why you should avoid it: “The biggest mistake short men make is wearing baggy pants,” says Harter. Assuming you’re not filming a ’90s rap video, if the fit is too loose and the waist is sagging, you’re not going to look good, period.

Do this instead: “Wear your pants at your natural waist to create the appearance of longer legs,” says Harter. Also, look for a more streamlined leg (e.g. “straight” vs. “relaxed”) and double-check your waist size. If all else fails, you guessed it: “Take any of your ‘challenged’ pants to a great tailor for adjustments.”

5. Your pants are too wide at the bottom

Why you should avoid it: Just as you don’t want a hem that falls too short, you also don’t want pants that are too full at the bottom. “On a short guy, the hem should never be too full. It will only make you appear sloppy, as well as less tall than you really are,” says celebrity stylist Michael Fisher. (Also: The ’70s are over, bro.)

Do this instead: Choose tapered pants to make your legs look longer—and way better.

6. Your shorts are too long and loose

Why you should avoid it: If you’re under 5’10”, “wearing long, baggy shorts should be avoided at all costs,” says Fenton. “It can make you legs appear truncated and throw off your proportions.

Do this instead: “Go a little shorter in length and pick a boxier shape, which tends to look better on smaller builds,” Fenton says.

7. Your coat is too long

Why you should avoid it: Ever see a dude whose wedding tux screams “RENTED”? Nine times out of 10, it’s because the coat’s too long. “You don’t want it to overpower your torso,” says Fisher.

Do this instead: “Rule of thumb: The bottom of your jacket should be no longer than the first joint of your thumb.”

Why you should avoid it: Horizontal stripes only make the areas underneath them look larger and wider, says Harter.

Do this instead: Simple: Avoid horizontal stripes and stick to solids and subtler patterns in darker colors—especially if you also want to appear a little thinner. (If you’re already on the thin side or have totally flat abs, you get a pass on this one.)

9. You’re wearing too many colors

Why you should avoid it: “Mixing different colors breaks up your proportions,” explains Fisher, and that makes you look shorter and blockier.

Do this instead: “You’ll have a more fluid look from head to toe if you dress in all one color,” he says. Try pairing a gray T-shirt with gray jeans, or a black suit with black shoes for a lengthening effect.

The 10 best TRX exercises for men