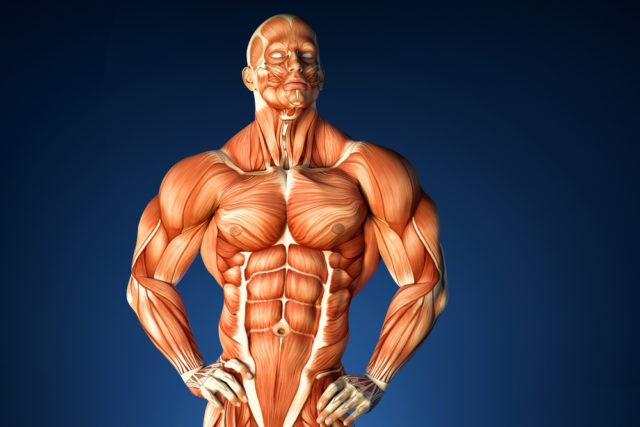 The famed Andreas Cahling is a phenomenon of bodybuilding conditioning, a virtual ecorche exhibiting every muscle in detailed relief and bold development. The irony is that he attained his success as a top pro with the most efficient training program of any bodybuilder of his era. He was the first of the minimalists, and probably the best, as well as an avatar of maximal abdominal development. Here is a conspectus of his philosophy for a magnificent midsection.

 Don’t overtrain your midsection. If you want your abdominal muscles to grow, train them only once a week, the same as any other body part. If you train them more than once a week, you will be conditioning them, but they won’t increase in muscle mass as quickly as if they are allowed to grow.

Consider the logic: Biceps, triceps and shoulders are trained indirectly with many other body parts, such as chest and shoulders, so if you do a triceps routine three times a week by themselves, it’s the equivalent of training them nine times a week. Admittedly, their involvement with chest and shoulders is ancillary, so you’re probably safe with twice-a-week workouts for them; my experience, though, is that once is best.

 Use a split routine for abs. I train my rectus abdominis on Wednesday, and my serratus and intercostals on Saturday, both so hard that I need lots of recovery before hitting the remainder.

 Abdominals, exercise 1: Lie flat on the floor, place your hands behind your neck, and raise your head, shoulders and back off the floor, crunching your abs. I use alternating techniques: inhaling on the crunch one day and exhaling on the crunch the next; each produces a different type of contraction. Do two sets, each to failure.

 Abdominals, exercise 2: Lie flat on the floor, extend your arms along the sides of your body; then, pressing them against the floor, raise your entire lower body, including hips, to a 45-degree angle, crunching your lower abs as you inhale. Do two sets to failure.

 Serratus and intercostals, exercise 1: Lie on the floor, with your knees bent all the way, heels against your butt and your feet slightly off the floor. Rotate your knees until they touch the floor, first on one side, then on the other, three sets to failure.

 Serratus and intercostals, exercise 2: Hang from a horizontal bar, knees bent, heels against butt. Crunch your knees into your ribs, first on one side, then the other, three sets to failure.

That’s all you need, if you train as hard as you should; otherwise, you’ll have to do this routine twice a week, but expect slower results.