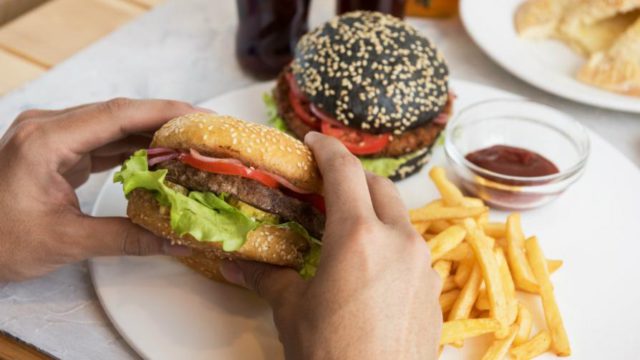 NEW YORK CITY has been at the forefront of a few health-related bans in the past few years—trans fats from restaurants in 2007, smoking in bars and restaurants in 2002, and a failed ban on sodas more than 16oz in 2014. The smoking one was pretty great for bar flies—no more coming home smelling like an ashtray dumped on the sticky bathroom floor—and though the soda idea didn’t stick, more and more studies are showing how bad the sugary stuff is for you, so something should be done. But the trans fat decision has now been shown to have been beneficial for New Yorkers.

Trans fats, if you didn’t know, are an unsaturated vegetable fat not usually found in nature, but which have been produced industrially to use in margarine, junk food, and for frying foods since the ’50s. In June 2015, the FDA declared that trans fats are not “generally recognized as safe,” so, you know, they probably shouldn’t be in our food.

But back to the study—it was from Yale and researchers looked at areas in New York state that also enacted the trans fat ban and compared them with those places in the state that didn’t pick up the policy. They then looked at hospital admissions for heart attacks and strokes from 2002 to 2013, and noticed that, for the three or more years after the ban was put into place, hospitalizations for such conditions in the counties in which the restriction was in place dropped significantly with a decline of 6.2%.

“It is a pretty substantial decline,” said study author Eric Brandt, M.D., a clinical fellow in cardiovascular medicine at Yale School of Medicine. “Our study highlights the power of public policy to impact the cardiovascular health of a population. Trans fats are deleterious for cardiovascular health, and minimizing or eliminating them from the diet can substantially reduce rates of heart attack and stroke.”