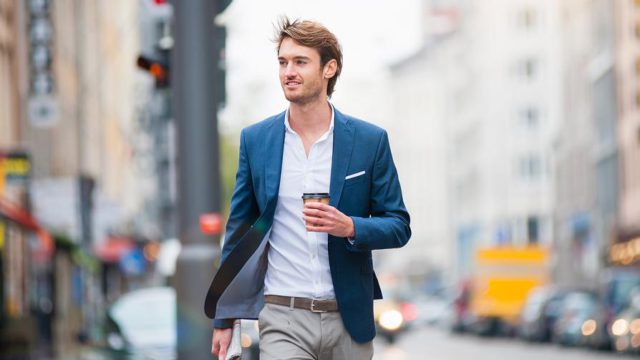 WITH PRETTY MUCH everything you eat or drink, there’s always going to be a debate about whether or not its healthy. That kale you’ve been eating may be loaded up with nutrients and vitamins, but it might also contain hazardous metals. While red wine, on the other hand, has been shown to promote heart health, but it could also negatively impact your ability to build muscle.

Sure, America’s favorite caffeinated beverage has a number of surprising and scientifcally proven health benefits, but other studies indicate that too much caffeine (and booze, for that matter) can kill your sex drive. But at least for today, science is bringing some positive news to all of you espresso- and cappuccino-lovers out there. And that’s because two new studies both indicate that drinking more coffee can help you live longer.

In one study, published Monday in the Annals of Internal Medicine, researchers found that regular coffee drinkers in 10 European countries had a lower risk of liver disease, suicide in men, cancer in women, and circulatory diseases. On top of that, people who drank three or more cups of Joe a day had a decidely smaller chance of dying from various causes than those who did not.

A second study, also published in the Annals of Internal Medicine, that focused specifically on non-white populations came to a similar conclusion, finding that those who drank between 2-4 cups of coffee each day had an 18% lower chance of kicking the bucket in general.

“Given these very diverse populations, all these people have different lifestyles. They have very different dietary habits and different susceptibilities—and we still find similar patterns,” said Veronica Wendy Setiawan, who led the second study.

And in case a longer lifespan isn’t enough to make you down an extra cup of coffee today, then consider this: Drinking a few daily cups of espresso can also help keep your prostate healthy. So not only will you have a longer life, you can have a happier one, too.

7 FOODS THAT IMPROVE FOCUS AND COGNITION

8 THINGS YOU SHOULD NEVER DO DURING A WORKOUT