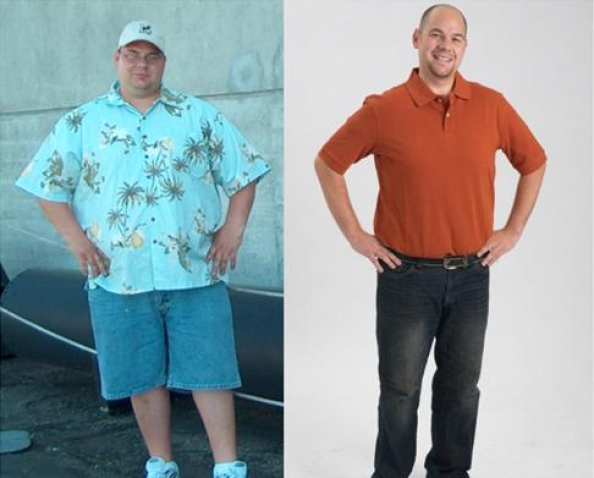 I tried losing weight on my own and I lost 21kgs. I was training for a marathon back in 2006. In training for the marathon, because I was still heavy, I ended up breaking up my foot.

I went through gastric bypass surgery and I was alone. I got a heart rate monitor and I went out two weeks after my surgery for a walk. I only made it one mile and I got so tired that I had to have someone come pick me up.

[Before] I had the gastric bypass in 2008, the surgeon [said]: ‘I challenge all of my patients [to] something that you will accomplish and keep the weight off.’ A friend of mine, he had gone hiking and on a few walks with me, had talked to me about someday doing the Ironman.

At that moment, I said I wanted to do an Ironman by 2012. The moment he said that, the goal was just locked in my head. It’s funny because it was his goal and he has just decided it’s too crazy for him to ever accomplish.

Not giving up, I think that’s the biggest [thing]. When I did Louisville, the wind came up and the hills were supposed to be—the course wasn’t the way I thought that it would be. It’s a lot about taking a real plan; having a plan set up that I know from the beginning to the end—having a goal in mind of how I’m going to do it.

It’s funny because doing Ironman Coeur d’Alene, I didn’t really have a plan for that. I had a lot of work stuff to do and wasn’t able to train for it. Whereas with Arizona, by having this plan, I was able to say this day, I know I’m supposed to be swimming this far or biking this far—it’s actually making me stronger and more mentally prepared.

I’d have to say cycling is my best discipline. I grew up as a kid in a small, rural town in South Dakota. We rode bikes to get just about anywhere.

5 MACRONUTRIENT MYTHS YOU SHOULD STOP BELIEVING