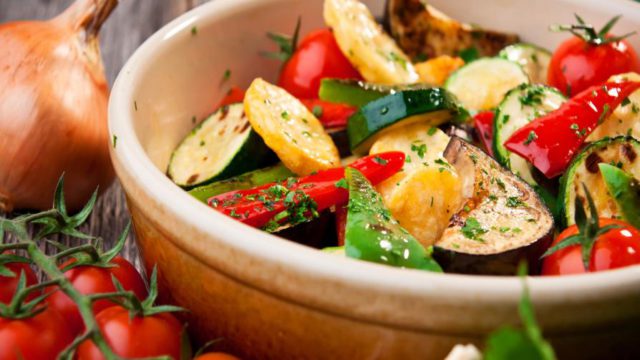 WHEN IT’S TIME to get serious about dropping some pounds, it usually means figuring out how many calories your body needs, then getting down to the nitty-gritty of counting every single calorie. Without that guidance, it’s easy to stray from your path and inadvertently eat an extra spoonful of peanut butter (or three) and blow your daily macros.

But what if you didn’t have to worry about your calorie count?

For the study, scientists took 33 people and allowed them to eat whatever amount of food they wanted as long as it fit into the low-fat, plant-based guidelines they set up, which included an emphasis on whole grains, legumes, vegetables, and fruit. Starches like potatoes, sweet potatoes, bread, and pasta were encouraged to help with satiation, but consumption of refined oils (olive oil, coconut oil), animal products (meat, fish, eggs, and dairy), high-fat foods (nuts, avocados), and highly processed foods was discouraged. Sugar, salt, and caffeinated drinks were also asked to be consumed minimally.

Cooking classes, lifestyle change education, and daily vitamin B supps were also given to the participants for the 12-week intervention period, and then they were assessed at 6 months and 12 months. When the study was over after a year, subjects ended up losing and keeping off an average of 11 kilograms, plus lost around 9 centimeters of waistline.

“This research supports the whole food plant-based dietas safe and effective. We had many significant findings, including weight loss, lowered cholesterol, less medication usage, decreased waist circumference, and increased quality of life, and this was without increased spending on food or changes to exercise levels,” said lead author, Nicholas Wright, M.D. “This dietary approach can enable people to feel empowered to improve their medical conditions, but can be used outside of this setting too.”

Should you take a 2-week break from gluten?