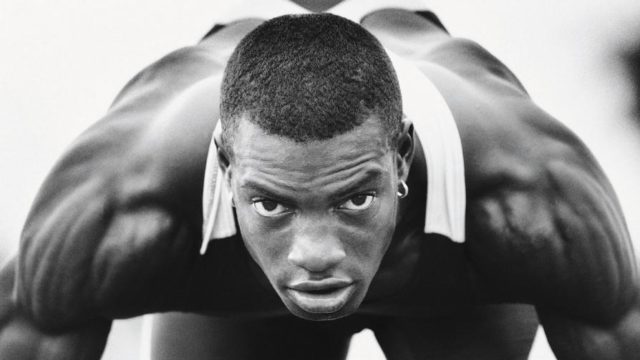 HUMANS ARE BLESSED with stereo vision, or stereopsis. Because our two eyes are side-by-side in the front of our heads, our eyes and brains work together to create a three-dimensional view of the world. This means we can see where objects are in relation to ourselves with great precision—it’s why ancient humans got good at throwing spears and, these days, draining three-pointers from the corner.

Athletes constantly rely on stereo vision to throw, shoot, and pass accurately. But while everyone knows athletes can train to get faster, gain muscle, or improve core strength, coaches have always chalked vision up to natural talent—until recently. As it turns out, people can actually inprove their stereoscopic vision with training, according to recently published research.

In the study, which appeared in the journal Restorative Neurology and Neuroscience, researchers put 15 male soccer players through 12 sessions of 15 minutes each on a vision-training machine over six weeks. The machine displayed moving and rotating soccer balls in a three-dimensional field. The athletes were challenged to judge which balls were “closest” to them by pointing, indicating their response time.

The researchers found that the repetitive training decreased the athletes’ response time almost in half—from 804.4 milliseconds to just 403.7 milliseconds. Better yet: When the athletes were tested again six months afterward, their reaction times had stayed just as sharp.

“Research of the past few years is increasingly changing the focus from pure monocular treatment to combination therapy with the fixed eye kept open and…binocular therapy based on perceptual training,” said lead author Georg Michelson, M.D., of the department of ophthalmology at the Friedrich-Alexander-University Erlangen-Nürnberg in Germany. “As recent studies additionally show repetitive identification was already able to improve visual acuity, we think that now is the right time to investigate the same for stereo processing time.”

Translation: In the future, athlete-focused gyms might have a special eye-training station to help people prepare for sports, or just to help develop better vision in general. The training also aims to be helpful for people with amblyopia (aka lazy eye), which affects depth perception. As for us? We can’t wait to be able to dodge virtual balls to the face to see more like an eagle.

No matter the pace or mileage, just get out there and run to live...

We tested a vegan Beyond Burger, bison burger, and grass-fed beef against a classic...