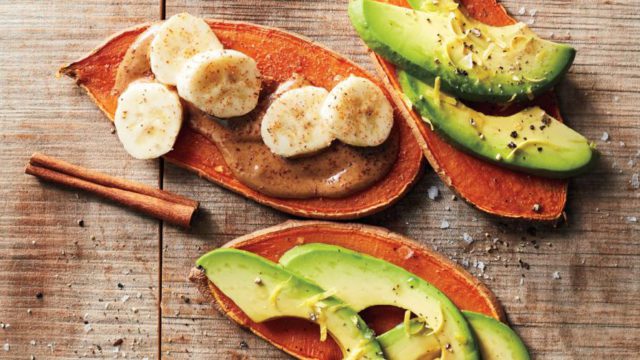 LET’S BE HONEST: Carbs aren’t the sexiest things to talk about at the gym. Protein? Sure. Starch? Snooze fest, if not an outright bad word.

But here’s the thing: Nutritionists are starting to figure out a new variety of carbs that might just revolutionize your nutrition game—and help you get ripped in the process. It’s called resistant starch, or simply “super starch,” and it could very well be the hot new ingredient making its way into some new better-for-you protein bars.

Resistant starch, as the name implies, is technically a starch, or a complex chain of carbohydrates. Unlike your typical starch, though, resistant starch acts like a type of fiber in your body because it doesn’t get digested in your small intestine (hence “resistant”), according to a comprehensive academic review published in Nutrition Bulletin. But unlike fiber, it is fermented in the large intestine—and that’s where the magic happens.

As your large intestine digests resistant starch, it helps produce fatty acids, which might (might!) help encourage your body to burn stored body fat, rather than dietary carbs. One particular study, published in Nutrition & Metabolism, found that swapping out just 5.4% of your total carbohydrate intake with resistant starch led to a 20-30% increase in post-meal fat burning. These short chain fatty acids enhance satiety, too, the researchers say—and that means feeling fuller, longer.

What’s more, because resistant starch doesn’t get digested in the stomach and small intestine, it can sustain a bunch of healthy bacteria in your colon, boosting gut health, which has been linked to a bunch of health benefits, from less stress to a healthier heart. The super starch is also touted for its ability to aid blood sugar control, making it one of the greatest macros for diabetics.

But here’s the catch: If you’re cooking up foods rich in resistant starch, eat them at room temperature to get the maximum benefit. Cooking them makes starch to absorb water like a sponge; then, as it cools, some of the starch becomes resistant to digestion. It may take a while to get used to your food not being totally hot, but cooling beans or potatoes to room temperature will raise resistant starch levels—and might even do wonders for your body.

HEALTH Is it safe to eat the green tomalley in lobster?

Everything fit guys need to know about wet cupping