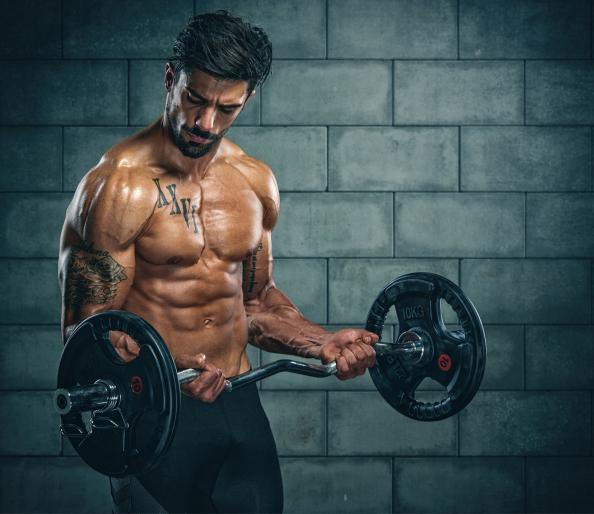 Overall muscle definition is the sign of true health and fitness—but a six pack is the blue ribbon of weight room achievements.

Here’s the bad news: Men hold the most fat in their abdomen, says Christopher Jordan, CSCS, Director of Exercise Physiology at the Johnson & Johnson Human Performance Institute and creator of the 7 Minute Workout.

Even worse news: You can’t spot reduce body fat. That means your only path to revealing your washboard is to reduce overall body fat, Jordan explains. The lower your number, the higher the likelihood of a drool-worthy stomach.

Even though 18 to 24% is considered healthy by the South african Council on Exercise, your abdominals are but a shadow at this number, Cut it down to 15% and you’ll start to see the upper two abs, but the bottom probably won’t be coming in as much.

Trim off just two or three percent from there and bam—your hard-earned six pack has stepped up from understudy to lead role. “If you’re anywhere from 6 to 13 percent body fat, you definitely have a six pack—in addition to being totally ripped,” White says.

However, there are a small percentage of men in the country who have a six pack—so to get there, you have to do what the majority of people are not doing, White points out. You’re already a healthy guy, which means when it comes to taking it to the next level of lower body fat, it’s a whole lot of finesse.

“It is a calories game, so portion control and size are really key,” White explains. Start honing in on where you’re eating too much. With fit guys, this is typically in the easy-to-excuse, good-for-you-foods: peanut butter, avocados, hummus. “It may be healthy, but a calorie is a calorie, so you need to portion,” he adds.

White recommends shooting for four to six ounces of protein at every meal and around half to one cup of starch, and a couple cups of vegetables. Have three main meals like this, and at least two smaller protein-heavy snacks in between. “Eating like this helps your metabolism boost and blood sugar levels stabilize—increasing fat burn—and energy levels rise, which will improve your workouts,” White adds. Plus, a study in Nutrition & Metabolism found that consuming 20 grams of protein every three hours, four times a day was better at helping men build lean body mass than eating small amounts more often or large amounts less frequently.

“Alcohol content is directly related to calorie content, so high-alcohol craft beers can be 350 to 400 calories a pop. That’s a really heavy hitter that potentially halts the fat burning process, destroys your B vitamins, causes dehydration, and feeds you empty calories—all really detrimental for your fat levels from a single source,” White explains.

Be mindful of mindless snacking

“A lot of us fall into the trap of, ‘Oh, I worked out so I can have an extra beer or an extra few fries,” says personal trainer and strength coach Pete McCall, CSCS, instructor at Equinox in San Diego. But it matters where those extra calories are coming from. “Is being that lean and ripped important to you? If so, you can’t have the breakroom donut—sorry.”

You’re burning calories, so you can have the extra calories, but spending them on beer or fried food will thwart your efforts toward a six pack, while spending them on vegetables will help. “You need to clean up the overflow and determine where your empty calories are coming from—differentiating between calorically-dense versus nutrient-dense,” McCall adds.

Pay attention to how your body responds to certain macronutrients (that’s protein, fat, and carbs)

“Some people may respond well to carbohydrates, while others can’t touch a carb without blowing up to a balloon,” McCall explains. Blame your parents—your reaction is mostly genetic. But if you fall into the latter group, testing a high-fat, high-protein, low-carb diet can keep your water weight down, letting your muscle definition blaze through.

Nutrition is priority numero uno—a six pack is made in the kitchen, after all. But don’t underestimate the power of sleep. Studies show that skimping on shut eye specifically boosts belly fat, so aim for a solid 7 to 8 hours a night.

Pump some iron and do some HIIT

As for workouts, focus on weight training to build the muscle and high intensity interval training to shed fat. “You can get abs without doing crunches, but if you want them really defined, you need an overall workout to enhance all the muscles in the body,” White adds. There are hundreds of moves that’ll torture your abs into revealing themselves, but here are some of our