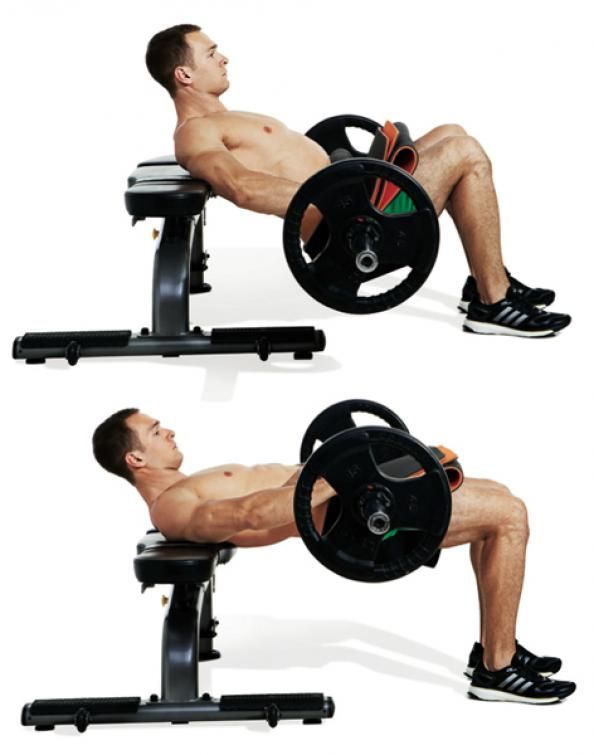 Believe it or not, training glutes is the key to lifting heavier, preventing injuries, and improving performance in any sport you play. We know training them might not initially turn as many heads as working beach muscles like the chest or arms, but becoming an ass man can seriously pay off in a handful of ways. To help show you the way to a ripped rump, we talked to a guy who knows glutes to the maximus.

Your glutes are working during most lower-body exercises, particularly squat and deadlift variations, but Bret Contreras, Ph.D., a strength coach and researcher, says the conventional lifts weren’t enough to get his butt in gear. “In high school I had no glutes to speak of,” he says. “My legs went right into my back.”

Once he discovered how to train glutes more directly, however, his lifts all improved, and he was finally able to fill out the seat of his pants. “There are different regions of the glutes,” says Contreras. “Different actions and ranges of motion that need to be strengthened. You have to have variety.” Nowadays he’s such an authority he’s known in the fitness industry as “the Glute Guy.”

Beyond helping your body look better and lift heavier, strong glutes are essential for athletic performance. “Sprinting, jumping, cutting from side to side, swimming, and striking all use the glutes,” says Contreras.

And if you suffer from lower back, hip, or knee pain, working the glutes can help fix that, too. “If you have stronger glutes, you’ll use them,” he says. Then you won’t have to rely on weaker muscles, like the spinal erectors or hamstrings. That, in turn, leads to better form on your lifts.

BRINGING UP THE REAR

There are four glute-training categories, says Contreras: squatting movements (on one or both legs); hip hinging (including any deadlift variation); lateral or rotary movements (such as walking sideways with a band around the ankles); and hip thrusting (extending your hips with your upper back supported, such as a wrestler’s bridge). Contreras’ favorite is the thrust, a move he’s done more to popularize than anyone. A 2015 study published in the Journal of Applied Biomechanics compared the hip thrust with the classic back squat, concluding that the thrust activated the entire glute region—and part of the hamstrings—better than performing squats did.

Contreras recommends performing one squat exercise 1 to 3 times per week for 3 to 4 sets of 3 to 12 reps. Hip hinge/deadlifts can be done one to two times for the same sets and reps. Lateral glute work should be done for high reps to finish off your leg workouts—2 to 3 sets of 20 to 30 reps.

Another benefit of glute training is that the quads and hamstrings come along for the ride.

“You could just throw in some leg extensions and leg curls in addition to the four glute categories, and that’s all you have to do [for complete leg development],” says Contreras.

HOW TO DO IT: BARBELL HIP THRUST

For a well-rounded backside, the thrust is a must.

The best tips for every lift

3 TIPS FOR YOUR POST-WORKOUT SNACK