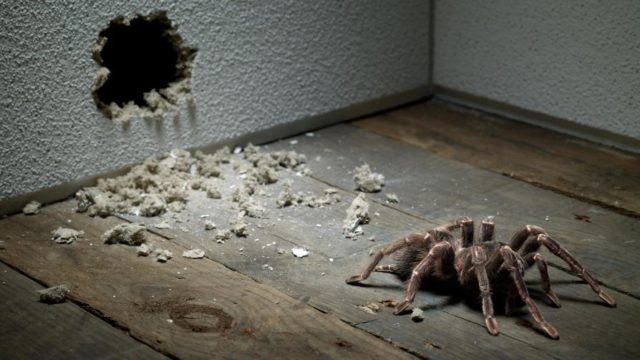 ALMOST 20 MILLION U.S. adults suffer from a phobia, a fear that arouses the body’s fight-or-flight instinct, causing the heart to race, blood pressure to zoom, and mind to seem hyperalert—resulting in panic or even terror.

Phobias can be caused by genetics, brain chemistry, and personal experiences: If, as a kid, you woke up to a python in your playpen, then saw Mom freak out while flying, you could end up living your own Snakes on a Plane-style nightmare, just by luck of the draw.

There is good news. Irrational fears can often be overcome with treatment. Selective serotonin reuptake inhibitors, like Prozac, are popular, but “medication alone is the least effective treatment,” says Reid Wilson, Ph.D., of the Anxiety Disorders Treatment Centers in North Carolina. He opts for a combo of meds and cognitive behavioral therapy, or CBT alone.

There’s also exposure therapy, which gradually presents a patient with ever-increasing versions of his fear, with no harm, “to help the brain learn that the bad thing won’t happen,” says UCLA’s Michael Treanor, Ph.D. So a coulrophobe (fearer of clowns) could be shown a photo of Bozo, then work up to attending the circus.

A new threat, though, could still revive the old fear. So neuroscientists are focusing on targeting the fear memory itself, “bringing it into mind so it can be modified,” perhaps with a drug, says the University of Birmingham’s Jonathan Lee, Ph.D.

That could dispel the phobia for good.

Can fruit make you fat?

What’s a ‘blended orgasm’ and how do I give her one?

We Asked 20 Women: What’s the weirdest thing you’ve heard a guy say during...