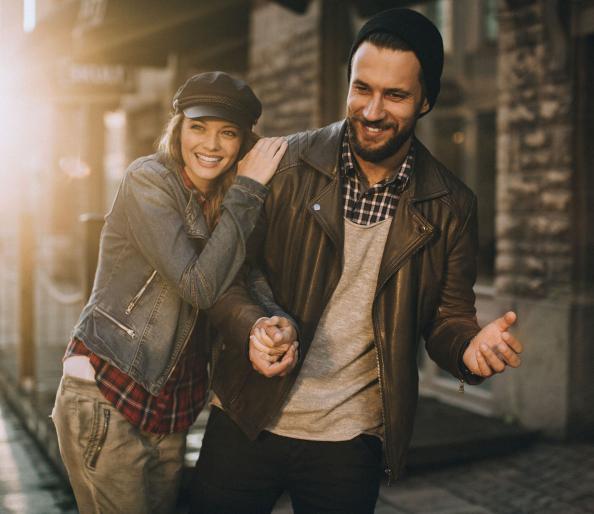 In today’s “hookup culture” your next one-night stand is just a right swipe away.

But what if you’re looking for something more?

While online dating apps can and do lead to long-term relationships, sitting around swiping on your phone isn’t exactly the most effective way to meet women. In fact, new research shows that—surprise, surprise—we millennials are spending more time playing with our phones than we are actually going out and, well, having sex. In other words, put your phone away (once you’ve finished reading this article), and take a look at what the experts have to say on how to meet women.

The best way to meet women: Through a friend

The next time your buddy tries to set you up on a blind date with his girlfriend’s ex-roommate…you may actually want to take him up on that offer. According to a 2015 survey by Mic.com, meeting your significant other through a mutual friend is surprisingly common—39 percent of the 2,373 people surveyed did—even in the golden age of Tinder.

Meeting someone through a friend just makes sense, especially if you’re looking for something beyond a one-night stand, says sex therapist and relationship expert Kat Van Kirk, author of The Married Sex Solution. “A friend-of-a-friend will have more in common with you than someone off the street,” Van Kirk explains. “Occasionally, crazy chemistry happens between two people who have nothing in common…but usually not. You probably want to look for someone similar to yourself.” Van Kirk also points out that women—understandably—tend to be more safety-conscious when it comes to dating, and having a mutual friend who can vouch for you will go a long way.

Let your friends know that you’re open to meeting people—if you don’t, many will assume you’re happily single—but don’t ask them to set you up on completely blind dates. “Ask for a phone number or an email address so you can make the plans and feel her out a bit,” Van Kirk says. “You want to be sure that going on a blind date is worth both of your time.”

Plus, you don’t have to completely give up the online dating game to get your friends to (inadvertently) play matchmaker: Hinge is an online dating app that matches you with people who are connected to friends in your online social networks.

In many ways, meeting someone through an online dating site or app is similar to meeting someone through a friend—thanks to detailed online dating profiles, you have a chance to get to know people before you actually meet them. And swiping left in your underwear is much more convenient than getting dressed up and going out to a bar, so it’s no surprise that nearly one-third of marriages today start online, according to a study commissioned by eHarmony.com.

Because online dating allows people to screen potential partners before meeting up with them in person, your online dating profile is important. “Take your profile seriously, but not so seriously that you don’t employ humor,” Van Kirk says. “And be honest. You can still represent your best self without lying.”

If you’re not confident in your looks, you may be tempted to hide behind a low-quality or strategically cropped profile picture—don’t. “Make sure your profile picture is clear and shows both your face and body,” Van Kirk says. “This is not just about showing how attractive you are—women feel safer about online dating if they feel like they know who they’re talking to.” That said, studies have shown that guys get the best responses when their profile pics show them looking away from the camera and not smiling.

How not to meet women

If you’d rather leave your network—online and off—out of this, you still have plenty of options for meeting women, because women are literally everywhere. Even places that are usually considered off-limits, such as the gym and the office, can work, so long as you plan your approach carefully.

You can meet women just about anywhere, but there are a couple of places and situations where you shouldn’t try to hit on her.

In her ‘safe’ space:  Barre class. A nail salon. Any place that’s traditionally filled with women might seem like the perfect place to, well, meet women. But women aren’t stupid, and they can see exactly what you’re trying to do, says psychologist and relationship expert Tracy Thomas, Ph.D. “If you go to an all-female yoga class with the intention of meeting women, you’ll come off as creepy and exploitative,” Thomas says. “If you’re just there for the yoga, that’s different.”

While she’s working: If she’s working in any capacity—whether she’s typing furiously on her laptop at Starbucks, or taking your order at a restaurant—she’s not looking to get hit on. “Be respectful,” Van Kirk says. “If she looks busy—or even if she just looks like she’s trying to look busy—she doesn’t want to be bothered.”

This country is the orgasm capital of the world