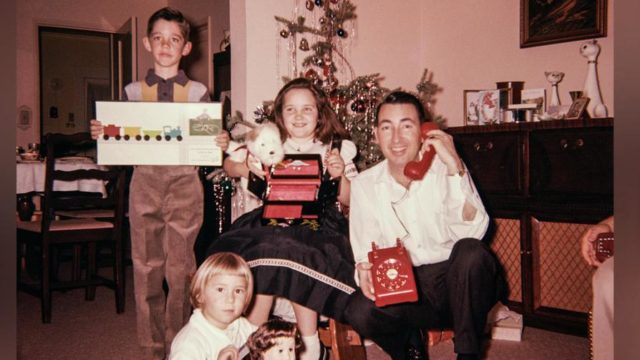 EXTENDED FAMILY YOU see once a year + too much wine + a small living room can sometimes add up to one helluva uncomfortable night. But the holidaysdon’t need to bring out the worst in you. In fact, with a few simple etiquette tips and some conversation skills you can flawlessly handle just about every awkward scenario that’s thrown your way—from your grandmother’s annoying questions to presents from hell. Here, 7 common and cringe-worthy moments, solved.

1. You get a gift from someone—and don’t have one for them

We’ve all been there. Uncle Fred pulls you aside to give you the gift he bought on a business trip in London that reminded him of you—and you’ve got squat for him. “Our instinct is to make an excuse because we’re uncomfortable,” says Diane Gottsman, a national etiquette expert at The Protocol School of Texas. Don’t. “Just stay in the moment,” she says. “Act excited to open it up, say, ‘Thank you so much, I love it,’ and own that uncomfortable pause.”

Then, you can go one of two ways: “If you plan to get them something, you could say, ‘I’m running behind on gifts this season,’” she says. But that’s only if you actually plan on putting something in the mail. Remember: Giving a gift is not an obligation—it’s not tit for tat, Gottsman says. “If you don’t plan on getting them something, don’t say anything besides thank you.”

The other thing to keep in mind: If you really feel guilty later on you could always make up for it in another way: Bring a bottle of wine to his house next time you see him or send a New Year’s package, she suggests.

Re-gifting is a fine, fine line. Here are the rules: You can re-gift but you must do it with integrity and be honest, says Gottsman. (That means you can’t pack up the terrible tie your dad gave you and pawn it off to your nephew. Sorry.) If the gift is something that’s in good, working order—but just not your taste—and you know your buddy will love it? You’re in the clear. But be upfront, says Gottsman. “Say, ‘It’s not my favorite, but I know that this is something you would like.’”

As for actual re-gifting, make sure you check these four boxes: the recipient is in a new social circle, said item is in the original box, the gift is not perishable (sorry, you have to keep the fruit), and the recipient is actually going to enjoy it. If you can’t find a friend for the gift, consider donating it—especially if it’s something like gloves or a coat, says Gottsman.

3. Your aunt won’t stop bugging you about when you’re going to settle down

Think about it like this: Maybe that’s just Aunt Milly’s opening line—it’s just what she does, says Gottsman. So be ready for it. Then think of something funny to say back, she suggests. Try: “You know, when I finally do get a girlfriend, you’re going to be one of the first five people I tell.” You’ll make light of an awkward scenario and also keep her in her place—after all, she ain’t going to be the first person you tell. Now onto the pie.

The grocery store, the coffee shop, the pizza place downtown—no location is off-limits when it comes to uncomfortable run-ins around the holidays, especially if you’re from a small town. Your plan of attack is all about being prepared. And assuming you didn’t have the breakup from hell and you’re not still in the throes of grieving, don’t ignore your ex, says Gottsman. “Just give them a hug or a quick hello, and a ‘how are you?’ type greeting,” she says. Then move on. This is especially important if your reunion happens at a party. You want to be cordial as to not make the host uncomfortable—it’s their party, not yours.

5. You see that cousin who you’ve ignored emails or calls from

6. You don’t like any of the food at dinner

Maybe you’re trying your hand at Paleo or your girlfriend has convinced you of a juice cleanse perfectly timed to Turkey dinner. What are you going to do? “You’re going to eat in advance,” says Gottsman. Then, don’t take anything you’re not going to eat but find something to put on your plate that works, like vegetables. “This is a free pass to play with your food and make great conversation,” she adds. One exception: If you do have a serious food allergy, it’s OK to call the host ahead of time and alert her.

7. You (or your partner) are the only drunk ones at the party

So you took to the liquor cabinet a little harder than everyone else. It happens. The first part of damage control: realizing the lesson learned (that her side of the family doesn’t drink; that you can’t go drink for drink with your brother). “Know your limits,” says Gottsman.

Step number two? If you’re stuck, ask someone you know and trust for a ride home—and fess up to the host that you had one too many of her delicious signature cocktails (see that little compliment you can sneak in there?) and need to leave your car behind for the night. She’ll be cool with it.

9 ways to tell if she’s stringing you along

Lifting and plyometrics are perfect for building your bones