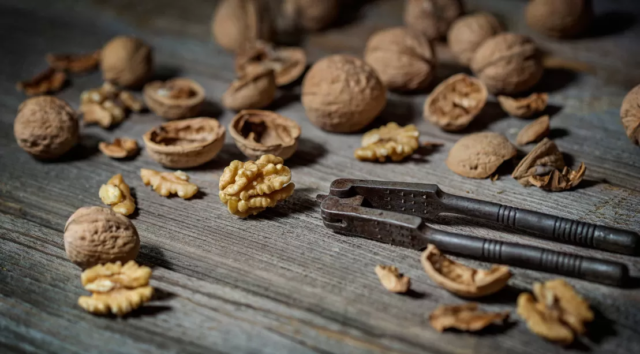 Eating more walnuts can bump up levels of good bacteria and drop levels of harmful bacteria, according to research from Louisiana State University.

“We found that walnuts in the diet increased the diversity of bacteria in the gut,” lead researcher Lauri Byerley, a research associate professor at LSU, said in a press release, “and other non-related studies have associated less bacterial diversity with obesity and other diseases like inflammatory bowel disease.” They also increased some of the bacteria typically associated with probiotics, so it’s possible that they act as a prebiotic, according to Byerly.
Also, Harvard just found that walnuts can reduce cravings for junk food. Aim to eat 25 nuts a day to reap the benefits (walnuts, almonds, pistachios, and cashews).
BY M&F EDITORS

The best bodyweight exercises for biceps