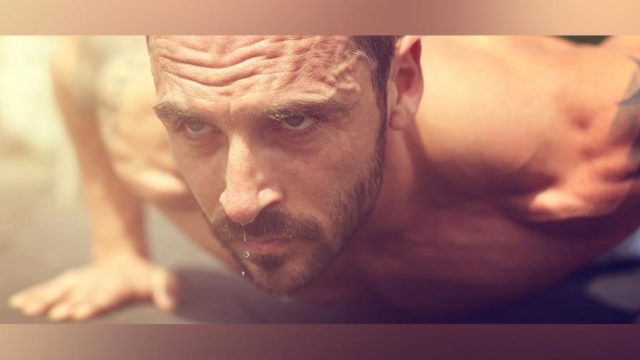 MOST DUDES LIFTING IN THE GYM ONLY HAVE EYES FOR THEIR SLOWLY SWELLING BICEPS OR GRADUALLY GROWING QUADS AS THEY MOVE FROM STATION TO STATION. While pumping iron and sweating on the elliptical is great for fitness, mental health, and a better body image, all of that exercising is keeping your eyes in good shape, too, according to new research.

Scientists at the annual meeting of the American Academy of Ophthalmology checked out data from a large national survey that followed the health and nutrition of adults in the U.S. since the ’60s for a link between exercise intensity and eye health. They found that people who exercised the most—moderate to vigorously—had a 73% drop in the risk of developing glaucoma as they aged. The researchers also showed that for every 10-minute increase in moderate to vigorous activity that people added per week, their risk of the eye disease declined by 25%.
“Our research suggests that it’s not only the act of exercising that may be associated with decreased glaucoma risk, but that people who exercise with higher speed and more steps of walking or running may even further decrease their glaucoma risk compared to people who exercise at lower speeds with less steps,” said study co-author Victoria L. Tseng, M.D., Ph.D., an ophthalmologist at the University of California, Los Angeles.

The 7 best supplements for men