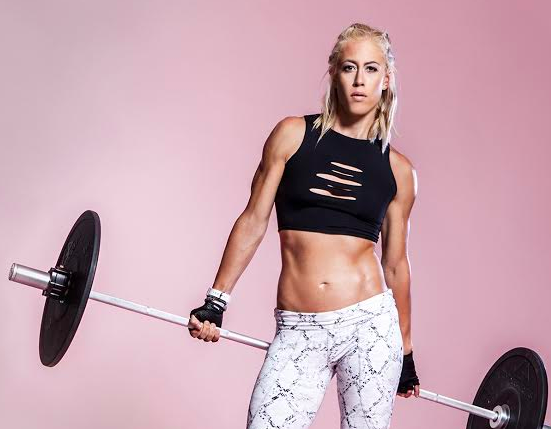 Let’s be honest, guys spend hours in the gym to get noticed by the opposite sex. And yet the only one watching you perform Hercules curls is the dude bangin’ out preacher curls. It’s time to change your game—get shredded, get noticed, and possibly get toasted during the same workout.

Most of us have an idea of what spin class is like: 45 minutes of booming beats, flashing techno lights, hard pedaling, and heavy sweating. You may prefer CrossFit, but we all need a change of pace. “I’ve seen men shred from my class,” Stone says. “I’ve seen such total transformation in a very short period of time. I don’t understand why more guys don’t take Flywheel or classes like that.”

For some sweat and an open mind, not only will Stone bust your ass into shape, she can even be your Cupid on a cycle.  Hell, she may even pour you the first round.

“I’m like, a matchmaker,” Stone says of the additional role at her spin classes. “I’ll literally be like, ‘She’s a lawyer, you’re a lawyer. You should talk.’ Or ‘She’s an interior designer. You’re looking to decorate your house. Talk.’ That’s a thing I make happen so that everyone in my class could feel like, ‘Guys, I literally love coming to work out because I feel like I’m with my family.’ And when new people come in, I’ll say, ‘I want you to be part of my family.'”

Perhaps a spin class with its own happy hour isn’t as far-fetched an idea as you think. Research from Penn State shows that alcohol decreases protein synthesis by 15% to 20% after 24 hours, so enjoying a drink—not binging—right after class may actually benefit your sweat session. Stone says it’s just another evolution in fitness—eating healthy, training hard is the new norm, so taking the time to enjoy and indulge your hard work is perfectly natural.

“I think the whole fitness layout is changing in terms of being healthy and working out, and not eating well,” Stone says. “Everything is starting to transition to being more healthy. So instead of going to a crazy bar afterwards, you can have the Truly in the studio.”

But for those trying spinning for the first time, here are some things Stone suggests as three must-do’s you need to know so you won’t look like a dweeb at first:

Come early and get set up properly. Don’t walk into class as it’s about to start and begin adjusting your bike seat, checking the bike tension, and so on. It’s just rude, and makes you look like an a-hole. Arrive about 10 minutes before class and get that taken care of. And if you need to, ask questions. “I’ve found the people who do the best are the ones that come up to the teacher and are like, ‘This is my first time. Can you help me set up?’” Stone says.

Come with an open mind and be respectful. “It’s the best pickup place in the world if you’re humble,” Stone says. “I find the ones who do stay tend to be some of the kindest men I’ve ever met. Less macho and more in touch with their feelings goes a long way here.

Don’t deviate from the instructor’s game plan—even when the class kicks your ass. “Don’t be the angry guy who storms out when his ass is kicked,” Stone says. “The one’s who stay, I go to them and look at them like, ‘It’s going to be OK. Don’t worry, just have a good time. I played professional basketball in Europe. I know where you’re coming from. This fitness on the beat stuff is weird, but once you start doing it and just follow what I do, you’re going to have amazing results. Just trust me, man. Trust me. I can lead you through it.'” 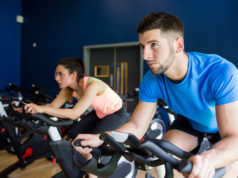