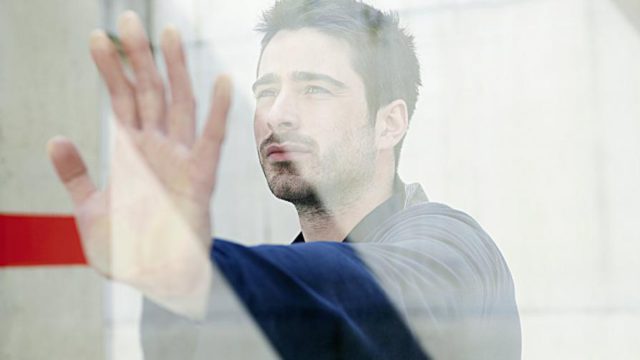 WOULDN’T IT BE cool to have an instant way to tell if you’re more genetically gifted than your bros, other than having to do something sweaty and tiring like a pullup contest? Well, a study from 2016—though done on women—showed that simply comparing the length of your fingers could give a clue as to how much testosterone you received in the womb, which may lead to how strong and, subsequently, athletically gifted your potential is.

But now a new study from the University of North Dakota—this one performed on young boys—has shown similar results. Researchers found that when the second, or pointer, finger was shorter than the fourth, or ring, finger (called the “digit ratio,” or 2D:4D) it corresponded to a stronger grip in the boys, even when adjusted for age and body size.

“There is some indirect evidence that this digit ratio of the length of the fingers is determined during early fetal development by testosterone—the more testosterone the fetus produces, the longer the ring finger, so the smaller the digit ratio,” said study head Grant Tomkinson, Ph.D., a professor of kinesiology and public health education department at the University of North Dakota. “Testosterone is the natural steroid hormone that enhances sport, athletic, and fitness test performance. In general, people with smaller digit ratios are better athletes.”

If your fingers don’t line up in the extra-testosterone column, then there’s not much else you can do to fix your loss in the genetic strength lottery but keep hitting the gym. Intense and heavy compound lifts and longer reps with light weights have both been shown to boost testosterone, as long as you’re working your muscles to fatigue. Other ways to keep testosterone levels topped off include getting adequate sleep—7 to 9 hours a night—and effectively dealing with stress.

10 foods that help you sleep better

3 Ways To Take Your Off-Road Training To The Next Level.