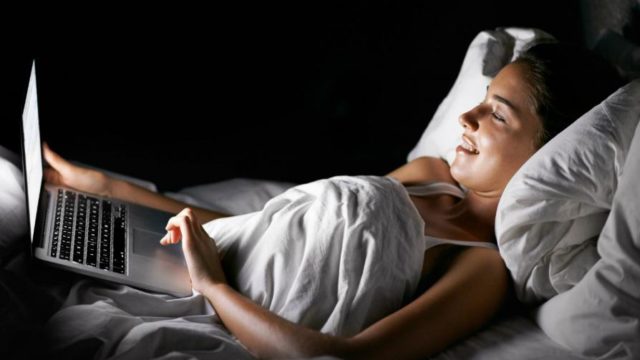 That lack of anonymity undoubtedly kept many people—most notably, women—on the pornography sidelines out of fear and/or embarrassment of being discovered.

Nowadays, though, one can pretty much view any type of sexual experience imaginable without ever having to leave the safe and private confines of home. Imagine the relief for those who liked to engage in what was long considered “outside the norm”.

“We know from existing research that women are one of the fastest-growing groups of people consuming online pornography, and this study helps us understand some of the reasons they are doing so,” said Diana Parry, a professor of recreation and leisure studies at Waterloo. “It also seems clear that technology has enabled women to explore pornography on their own terms and to explore aspects of their sexuality that are new to them.”

And while men may still watch a greater percentage of online explicit adult content, the female share of the pornography audience will undoubtedly grow as digital technology continues to make viewing more accessible, convenient, and discreet.

“It’s important to understand that society still has a very traditional idea of women’s sexuality, with views that are typically more accepting of men’s needs and desires,” said Parry. “Digital technology appears to have the ability to highlight women’s sexuality in a way that we haven’t seen before.”

5 ways to increase your muscular gains by stretching