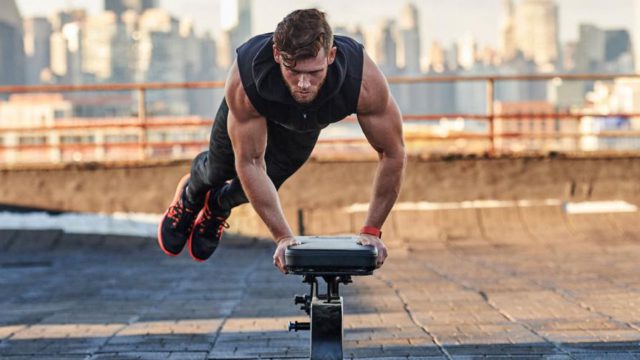 WE GET IT: Sometimes a workout just isn’t in the cards.

Distractions creep in—a long meeting keeps you from the pile of work you’ve barely dented, a food- and booze-filled vacation saps your return-to-real-life motivation—and before you know it, it’s the end of the week and you’ve literally done squat…as in, not a single squat.

Well, don’t sweat it. Or, more accurately, do sweat it, but just once or twice a week, and you’ll still be able to keep yourself in the healthy lane, says a new study out of the University of Sydney in Australia.

Scientists at the school analyzed a mass of data on more than 60,000 people and discovered that active adults—including those who exercised only once or twice a week—had about a 30% lower risk of death from all causes than adults who pretty much never got off their asses. As long as they hit at least 150 minutes of moderate exercise or 75 minutes of vigorous exercise each week, their health was measurably better.

By that criteria, just two nice, long runs or one gritty lifting session would meet the standard. And who can’t manage that?

“It’s very encouraging news that being physically active on just one or two occasions every week is associated with a lower risk of death,” said associate professor Emmanuel Stamatakis, Ph.D., in a press release.

Of course, he added, if optimal health is your goal, you’ll need to exercise considerably more than the minimum amount recommended—but we’re pretty sure you knew that already.

So don’t despair if you miss a few days; just try not to end any week without squeezing in a solid workout or two. And the next time you can’t manage one of the long, leisurely gym sessions you’re accustomed to, try one of these super-efficient routines to get your heart pumping and muscles firing fast.

The 10-round bodyweight strength and stability workout