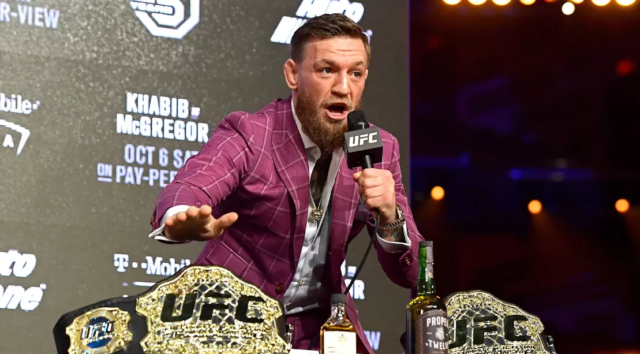 Conor McGregor didn’t waste any time stirring the pot in 2019—the UFC star took to Twitter just a week into the new year to challenge Japanese kickboxer Tenshin Nasukawa to an exhibition fight “Before this summer.”

What makes this fight interesting is the fact that Floyd Mayweather recently (and somewhat infamously) “fought” Nasukawa at Rizin 14 on New Year’s Eve in Tokyo. The lead-up to the fight was controversial due to Mayweather initially backing out of the deal, stating he was misled about the terms and what rules the fight was going to be judged by. The boxer ultimately agreed to the bout, subsequently crushing Nasukawa in the first round to the tune of $9 million.

McGregor tagged the UFC and his management company, Paradigm, in his tweet, so it’s safe to assume he’s serious about making this happen. McGregor’s motivation for this fight isn’t entirely clear, but he may just be looking for a win after two major losses recently: one in his boxing exhibition against Mayweather in August 2017 and then at UFC 229 to Khabib Nurmagomedov in October 2018.

So far, there has been no response from Nasukawa, Paradigm, or the UFC, but we’ll be curious to see how this one plays out.

Coffee tasting 101: How to figure out the flavors of your perfect cup

9 TIPS FOR BALANCING AN ACTIVE LIFESTYLE WITH A SEDENTARY JOB