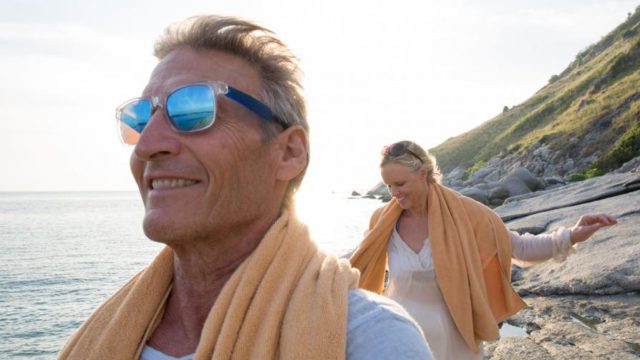 WE HATE TO say it, but low testosterone levels can have a slew of negative effects for older guys.

But even now there’s a scientific tug-of-war over testosterone-replacement therapy. Sure, it sounds great—what guy doesn’t want more of the “masculine hormone”?—but risks of testosterone therapy can include the growth of pre-existing cancerous cells, testicular shrinkage, infertility, even heart attack or stroke, as one of our writers discovered.

The positives are just as extreme. Aside from increased strength and motivation, men can enjoy greater urinary health, better sexual function, and a higher quality of life, according to new research from Boston University Medical Center.

In the study, published in the Journal of Urology, researchers enrolled roughly 650 men in their 50s and 60s. Some of the men had unexplained testosterone deficiencies, while others suffered from genetic hypogonadism (when gonads fail to produce testosterone). About 360 men received testosterone therapy for eight years (the remaining didn’t).

“[Testosterone therapy] is well-tolerated with progressive and sustained improvement in urinary and sexual function, and overall improvement in quality of life,” Traish added.

Something to think about if your testosterone takes a hit one day and you want to fight manopause head-on.

5 WAYS TO GET MORE MOTIVATED TO GO TO THE GYM

Lifting and plyometrics are perfect for building your bones