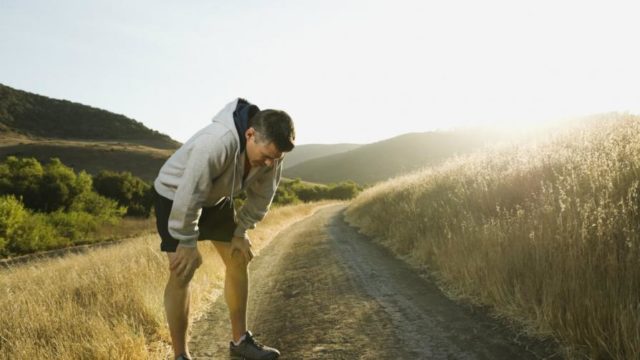 IF YOU’VE EVER logged serious time as a runner—whether for general cardiovascular health or for marathon training—you’ve probably ended up enduring a period of time during which you were wracked by lower-back pain. It may have even been serious enough to cut short your running sessions, or at least persuade you to take some time off.

Fortunately, there’s a simple solution to combat running-related back pain and get back on the road, according to a new study from Ohio State University: build up your core muscles.

In the study, researchers created computer models for eight healthy young adults that simulated running scenarios. The researchers then put the runners through sessions in which the deep core muscles—multifidus, quadratus lumborum, psoas, and deep fascicles of the erector spinae—were weakened all at the same time or individually.

The weaker the deep core muscles were, the harder more superficial muscles (like the abs) had to work to support the body while running. That work translated to increased pressure on a runner’s spine—hence lower-back pain.

“When your deep core is weak, your body is able to compensate in a way that allows you to essentially run the same way,” said study lead Ajit Chaudhari, Ph.D., associate professor of physical therapy and biomedical engineering at Ohio State University Wexner Medical Center. “[But] working on a six-pack and trying to become a better runner is definitely not the same thing. If you look at great runners, they don’t typically have a six-pack, but their muscles are very fit. Static exercises that force you to fire your core and hold your body in place are what’s really going to make you a better runner.”

So: If you want to strength-train like a runner, try this bodyweight workout plan for runners or this core and lower-body conditioning plan.

6 KEYS TO STAYING STRONG NO MATTER YOUR AGE

The truth about post-workout nutrition

3 WAYS TO GET THE MOST FROM MEDITATION