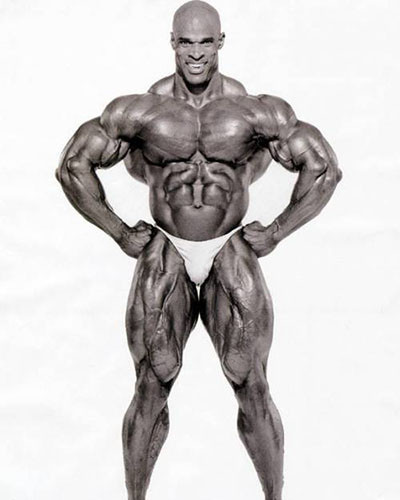 Over the course of his legendary bodybuilding career, eight-time Mr. Olympia Ronnie Coleman became known as “The King.” He made a name for himself by managing to pack on muscle while staying ripped—oh, and for lifting like an absolute powerhouse. While many bodybuilders stick to reasonable weights, Coleman would regularly lift heavy. Those familiar with his bodybuilding history have probably seen videos of him squatting or deadlifting 800 pounds.

Nowadays, Coleman, 54, is constantly recovering from surgeries, including three back operations in 2018. But while many would take it slow after spinal fusion, “The King” never rests for long. Even when he struggles to walk, he still works out any way he can. He’s been having trouble getting around the gym for a while now, and he recently revealed that his latest surgery may leave him unable to walk again.

Over the summer, Generation Iron released Ronnie Coleman: The King, a documentary looking back at his bodybuilding career and chronicling his road to recovery. Now, it’s one of the many awesome fitness documentaries you can stream on Netflix

Ronnie Coleman: The King was well-received, with some commenters admitting they even shed a tear or two during the revealing documentary. Add it to your Netflix queue, and follow Coleman at @ronniecoleman8 to keep up with his recovery journey.

THE AGE-OLD TRUTH ABOUT ATHLETES