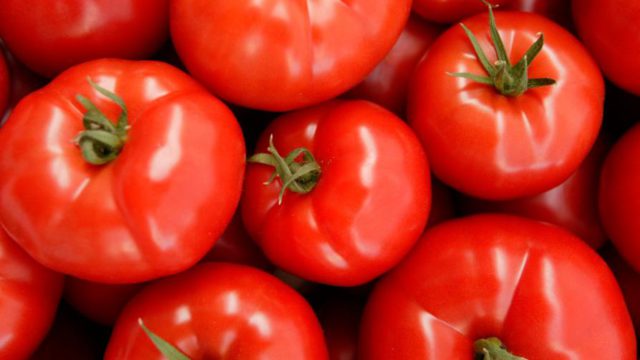 ANY TRUE FOODIE knows that the only time you should really be eating tomatoes is during tomato season—late spring, summer, and early fall. The flavor of the red fruit is bursting with just the right amount of sweetness and acidity, and you can easily get special heirloom varieties that up the taste to almost orgasmic levels.

But to those in the know, regular grocery store tomatoes you find out of season are always a mealy, bland mess, with a pale-red hue that screams, “I taste hilariously mediocre.”

Some scientists from the University of Florida were apparently so disgusted with the flavorless supermarket tomato that they launched a study, recently published in Science, to identify what chemicals come together to create a great-tasting version of everyone’s favorite summer fruit. (And yes, tomatoes are a fruit).

The international team of tomato lovers reported that most of the genetic traits that make up a tasty tomato have been lost in the last 50 years, as growers kept breeding their plants for hardiness and color, rather than flavor. So first the researchers had to identify the “alleles,” or parts of DNA that give tomatoes their specific traits, that matched with flavor. Using a genome-wide assessment study—which the researchers emphasized is a classic genetic technique, not genetic modification—they divined the five best chemicals for satisfying tomato taste.

“We’re just fixing what has been damaged over the last half century to push them back to where they were a century ago, taste-wise,” said Harry Klee, Ph.D., professor of horticultural sciences at UF. “We can make the supermarket tomato taste noticeably better.” Now the researchers are working on breeding super flavorful tomatoes, but unfortunately they will take about four years to grow.