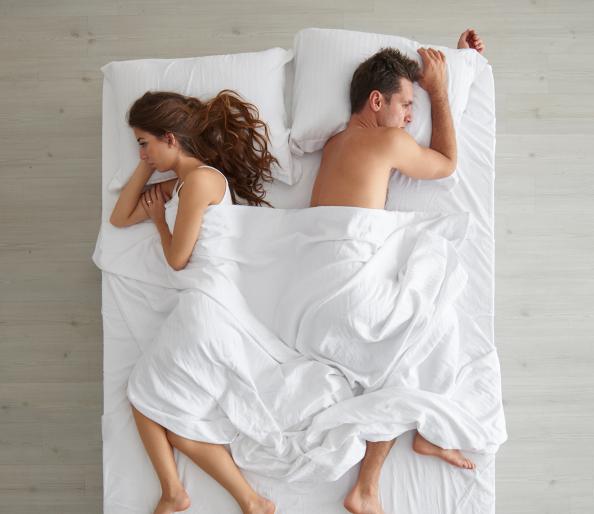 Do men really think about sex every seven seconds?

Needless to say, there are a lot of problems with gender- and sex-based stereotypes, especially if we’re subconsciously trying to conform to them. But one of the biggest problems, according to psychologist and relationship expert Tracy Thomas, Ph.D., is how they can affect your sex life. “While some myths and stereotypes surrounding sex have truth to them, nothing can apply to everyone,” Thomas says. “If you limit yourself to what you think you know is true, you are literally limiting infinite possibilities.”

Here are three more sex myths that are doing your sex life no favors.

We already know that monogamy is a struggle for both sexes—so does putting a ring on it mean the death of your sex life?

How it hurts your sex life: If you go into marriage or any long-term commitment assuming that your sex life is going to decline…it will, Thomas says. “Sex usually gets better in long-term relationships, but only if you grow as an individual and as a partner,” she explains. “You need to integrate your life experience—your experience with each other—into your sex life in order for it to improve.”

2. Men are not naturally monogamous, but women are

Traditional wisdom says that guys are more likely to cheat—spreading their seed and all that—while women are looking for ‘til-death-do-us-part commitment. But studies show that men and women cheat at the same rate, and that older studies that showed otherwise could be skewed by reporting bias and/or the fact that women are better at covering their tracks. According to psychologist and sex researcher Nicole Prause, Ph.D., recent data also shows that the rate of infidelity is related to power rather than sex. “As women acquire more power at work, they become as likely as men to cheat,” Prause says. “Some speculate that women remained monogamous in the past mainly because they were less able to support themselves.”

How it hurts your sex life: Obviously, this myth can destroy your relationship if you use it as an excuse to cheat. But that’s not the only way it can hurt your sex life, according to Thomas. “Men who believe this myth are operating under an illusion—or rather, a delusion—of what their partner’s needs are,” Thomas says. “If you are unable to meet her sexual needs because you think ‘women only want commitment,’ it will have a cumulative effect on your relationship—it will catch up to you.” And studies do show that women in an unhappy relationship are more likely to cheat…

3. Men are visual; women are not

How it hurts your sex life:  You may think your sex life is fine as it is, but upping your game in the style and grooming department (not to mention amping your gym game) can definitely improve it. It’s not about being an Adonis, it’s about taking care of yourself which sends a positive message to your partner. “Taking care of yourself signals confidence, which is attractive to both sexes,” Thomas explains. “It shows her you’re a good investment, and the more invested she is, the more sexually open and adventurous she’ll be.” ‘Sexually open and adventurous’ is, of course, a relative term.

HOW TO TRAIN TO FAILURE FOR MAXIMUM MUSCLE GROWTH

10 BEST WAYS TO GET BETTER SLEEP