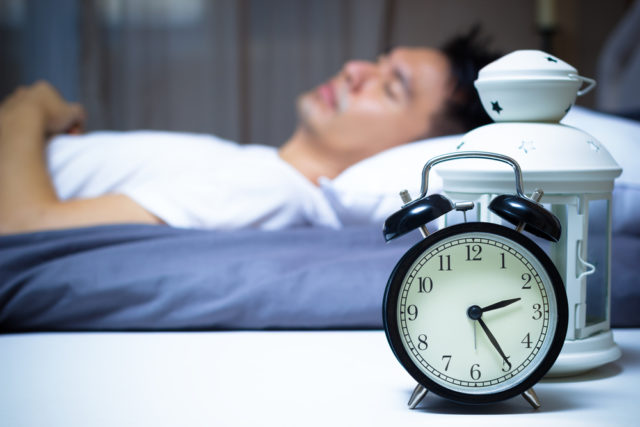 We spend one-third of our lives doing it—or at least we should. Sleep bolsters our immune system, and a deficit of it has been linked to such catastrophic health consequences as cancer, Alzheimer’s disease, and heart failure. It’s crucial for proper brain functioning, enhancing our ability to learn, memorize, and decide. As we’ll explore, it’s also of paramount importance to bodybuilding, affecting everything from strength and testosterone to pain sensitivity. Yet sleep is something you’re probably not getting enough of to optimize your body, inside and out.

More than 750 scientific studies demonstrate the positive relationship between sleep and athletic performance. Here are just some of the many things known. Sleep for fewer than eight hours nightly, especially fewer than six, and your time to physical exhaustion drops by up to 30% with a similar reduction in aerobic output. Your metabolic, respiratory, and cardiovascular capabilities are hampered. Lactic acid builds up faster. The ability to cool yourself via sweating is impaired. Motor skills are reduced. One study showed the odds of athletic injury were nearly doubled by a two-hour sleep deficit. All of the above can wreck a workout, and that’s before we even address strength. What’s more, research points to the final two hours of an eight-hour sleep—a phase when the brain is putting it all together, completing the physical and mental tune-up, so to speak—as critical to athletic performance.

Some studies demonstrating the benefits of sleep focused on peak and sustained strength. One of these limited eight male subjects (ages 18 to 24) to three hours of sleep per night for three nights. Those subjects suffered significant and progressive losses of strength in the bench press, leg press, and deadlift.

If you think slumber makes you soft and an alpha dog would never go eight, consider that a study of men in their 20s—limited to five hours of sleep per night for a week—discovered that their testosterone levels had dropped so dramatically that they had effectively “aged” by 10 to 15 years. (Furthermore, both men and women who sleep too little are markedly less fertile because of hormonal deficits.) We don’t need to tell you how crucial testosterone and growth hormone are to bodybuilding success, and both are replenished with eight hours of sleep.

Similarly, many associate sleep with growing fat. After all, you burn more calories when awake than when not. To the contrary, you should associate sleep with getting lean. Multiple studies prove that you crave more sugary foods (high-glycemic carbohydrates) when sleep deprived and that your body is less efficient at metabolizing calories. For an even scarier conclusion, consider the study that monitored two groups of individuals on calorie-restricted diets. Group A slept five and a half hours nightly. Group B slept eight hours. Some 70% of group A’s calorie loss came from muscle compared with 50% from group B. Conclusion: Sleep is crucial to not just appetite control and fat metabolism but also muscle preservation.

A wealth of research demonstrates that a sleep deficit hurts your emotional equilibrium— you grow frustrated and angry faster—and your ability to focus on tasks. These factors can negatively impact workouts where attention and motivation are paramount.

One surprising consequence of even minor sleep deprivation is it makes you more sensitive to pain, which means you’re more likely to end those sets of squats earlier after an incomplete night of sleep than when you get a full eight hours.

If we still haven’t convinced you of the importance of slumber, consider that a study had people look, randomly, at photos of male and female subjects who had slept five hours per night as well as photos of the same subjects after getting eight hours of z’s. The same faces after less sleep were rated less healthy and significantly less attractive than when the subjects got their eight hours. We really do need our beauty sleep.

These 12 suggestions will enhance your ability to recover and grow from sleep.

Eight is the magic number. Nine is fine after a particularly exhausting day, but more than nine can be counterproductive for healthy adults. Crucially, under eight constitutes a sleep deficit for almost everyone. (Some people have a gene that lets them thrive on six hours nightly, but don’t assume you have that gene. It’s very rare.) Strive to make the eight hours continuous so you cycle through all the sleep stages, each of which is crucial to recuperation. For example, the REM stage is when we dream, but it’s also the only time our voluntary muscles go completely slack, which is crucial for their recovery. If your sleep is so fitful that you never go into REM, you’ll never receive its benefits.

2. Avoid Alcohol Late in the Day

Because it’s a sedative, many people think of booze as a sleep aid. It will make you feel sluggish, but it doesn’t necessarily induce sleep. In fact, it’s just as likely to impede your ability to nod off. What’s more, boozy slumber is light. Even just a couple of beers can prevent you from achieving the REM stage—not to mention the fact that a few beers may break up your 40 winks for bathroom visits.

3. Eat and Drink Lightly Before Sleep

A regular-size meal can cause indigestion, which diminishes quality sleep and, with your low expenditure of energy while in bed, makes calories more likely to be stored as body fat. Also, more than a glass of water in the hour before bed can wake you prematurely to urinate. A casein protein shake and a few almonds make for an ideal meal before bed.

4. Stick to a Schedule

Go to sleep and wake up at the same time each day. Also, stay on the same workout and meal schedule. Doing so will set your body’s natural timetable. Change your bedtime or dramatically alter meal and workout timing, and it will likely become more difficult to zonk out.

5. Nap in the Mid-Afternoon

To help make up a sleep deficit, nap for 30 minutes in the mid-afternoon. This is when your body’s circadian rhythm dips, lowering your energy, so it’s a good time to revisit the bed and a bad time to work out (or take a test or lead a meeting). If necessary, wear a sleep mask to block out light.

Of course, you don’t want to down a cup of coffee or a couple of Diet Cokes and then hit the hay. But you knew that. What you may not know is that caffeine—the world’s most widely used psychoactive stimulant—has an average half-life of five to seven hours. So if you ingest 150mg of caffeine at 6 p.m., you’ll still be wired with 75mg when you turn out the lights at midnight. This will make it harder to nod off, and your slumber will also be lighter and more fitful—and therefore less productive. Be wary of ingesting caffeine after mid-afternoon.

The ideal temperature for inducing slumber is a chilly 18 degrees. Keep that in mind, and dress in less if your bedroom is warmer. Also, in addition to the relaxing power of the water itself, a warm bath before bed drops your body temperature when you get out of the tub, which helps you nod off

8. If You’re a Teenager, You’re on a Different Schedule

Teens have a circadian rhythm that naturally has them falling into and out of the sleep cycle later than their parents, and they also need a little more sleep. This is why at age 16 you probably feel most comfortable going to bed after midnight and rolling out of bed at 9 AM. It’s also why school schedules that usually force teens to get up early create sleep deficits (and inattentive students). Teens: When possible, follow your body’s circadian rhythm to make sure you get eight to nine hours nightly.

After your last meal, ingest a ZMA supplement to boost your hormonal levels during sleep

Relax mentally and physically before turning the lights out. Avoid anything stressful. Reading or listening to a sedate podcast in bed will let your melatonin rise and ease you into sleep.

Except for special circumstances when slumber just will not come, avoid sleeping pills like Ambien. The sleep they induce is, in effect, artificial, lacking all the recuperative power of uninduced sleep. Sold as natural sleep aids, melatonin pills aren’t exactly that. If you crash after popping two, it’s mostly from a placebo effect. This is because melatonin doesn’t generate sleep but instead regulates its timing. A good use of melatonin pills is to alter your circadian rhythm on international trips, which will minimize jet lag.

With the prevalence of incandescent light in the 20th century, we started staying up later, unmoored to the daily darkness caused by the rotation of the Earth on its axis. And with the prevalence of LED light in the 21st century, we often can’t get to sleep until even later. Even more than incandescent light, the blue spectrum of LED light—generated by computer screens, smartphones, and many modern TVs—simulates daylight, hampering our release of melatonin and delaying sleep cycles. Turn o LED screens at least two hours before bedtime and use an app that dims your screen’s blue spectrum in the hours before you sleep.

Healthy Cocktails You Can Make From Greens.