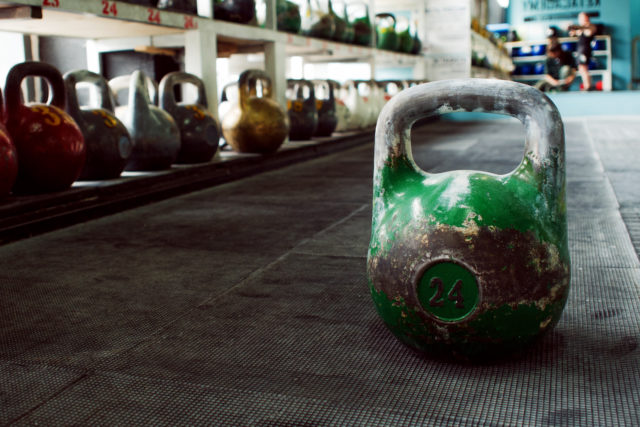 Every guy who’s into fitness has some methodology, piece of equipment, or program they like over anything else. Some like to circuit train every day, some follow bodybuilding protocols, and still others participate in any number of fitness trends and fads. However, there is a list of exercises that has withstood the test of time, and these moves have become staples in every serious lifter’s plan.

Arguably the king of all exercises, the deadlift hits every major muscle group hard, and is perhaps the greatest test of strength there is. Because of all the muscles involved, it releases a huge amount of testosterone (a muscle-building hormone) into the bloodstream. For this reason, the deadlift is a great cornerstone for any fitness plan.

Just like the deadlift, the barbell back squat hits just about every major muscle group there is in the body and is the king of leg-developing movements. Any athlete will tout the squat as the reason they run fast, jump high, and keep increasing in strength all over, citing the testosterone release as the reason.

Every gym-goer in the world has been asked “Whaddya bench?” at least once. This move is responsible for developing powerful, well-defined pecs, shoulders, and triceps, which lead to a more commanding presence, with or without a shirt on. Combine with that the muscle-building effects of the testosterone this move releases and all you have left to do is watch your “little black book” fill up.

This could be the most important exercise there is for lower-back health and developing an impressive set of glutes. Any seasoned lifter will tell you they’re truly impressed by a good set of legs, and a butt usually comes with it. Also, this move helps to make the hamstrings more flexible, meaning less back pain after sitting all day.

Often confused as a squat and front raise combo for the legs and shoulders respectively, this move is actually an explosive hip hinge, great for the glutes and conditioning. When done properly, the hip-hinge movement combined with the cardio due to the explosiveness of the movement makes for a strong, ripped physique any guy would be jealous of.

Trainers far and wide have touted the usefulness of suspension-training systems like the TRX for years, and the fitness population is starting to catch on. In a pushup, the instability of the handles leads to more muscle fiber activation, in turn leading to more strength and muscle development in less time than in other variations of the classic pushup, as well as long-term health for your shoulders.

Nothing quite says “I’m big” like a wide set of shoulders, and a wide back is a big part of that. The best move for developing those big, fan-shaped muscles (latissimus dorsi, aka, the lats) that make your shoulders look wide is the traditional pullup. It’s a big, multi-joint move, which leads to testosterone release, meaning strength and overall muscle development will be enhanced.

Some guys work for a lifetime to develop a ripped midsection like the fitness models we see in magazines. Others know the secret of disciplined eating and the best exercises for abs out there, none of which are a crunch or variation. The medicine ball slam carves out gorges in the midsection, making your abs look like a street map of midtown Manhattan and adds a good amount of cardio to your workout so you can maintain that look.

Although very challenging, the Swiss ball rollout is an essential part of anyone’s quest for a six-pack. As you roll out on the ball, the abs are put under increasing tension, and any fitness expert knows that one of the secrets to building ripped, lean muscle is high muscular tension. Use this move in place of a crunch to carve out a defined six-pack.

Although this move looks like it would hurt your lower back, it in fact has the opposite effect. The good morning is a great developer for the lower back, and the use of a band makes it more like a physical therapy exercise than a traditional lift. Not only that, but this exercise will assist you in the squat, allowing you to load up more weight on the bar.

Lifting heavy weights is a great way to get big and ripped. However, one has to be strong to lift heavy weights. To get strong, one of the best ways around is to simply carry heavy things. After your workout, try carrying a pair of 70-pound dumbbells around for more than 30 seconds; your forearms will be on fire and after a few weeks of this, you can expect your weights to start increasing faster than ever before

This move is much like a biceps curl for the legs, and doesn’t put any major joints at risk. It’s a great finishing move for hamstrings and the Swiss ball variant involves the glutes enough that makes it a great assistance move for bigger lifts like the deadlift.

More often than not, a move done with both sides of the body involved will not expose weaknesses or imbalance. This variation of the row is an exception—it will make them look even more pronounced. Not only that, it will help correct those imbalances or weakness, leading to long-term joint health due to correct movement patterns.

Some would argue that the standing barbell overhead press is a better upper-body developer than the mighty bench press itself. One of the reasons why the argument can be made is the major involvement of the abs and all the different assistance muscles that get used to press the barbell overhead. Another big testosterone producer, this move leads to a set of shoulders that look like cannonballs and will develop the chest just as well as any other move.

The biggest set of muscles in your body (relative size) are the glutes. This move hits them directly. Not only do strong glutes lead to a healthy back and flexible hamstrings, meaning less long-term problems, but the effect they have on filling a pair of jeans will lead to more attention from the hottie that hands you a towel when you walk into the gym, as well as the bikini model that works out at the same time you do. Sorry, you might have to spend money on new jeans after a while.

10 NUTRITION RULES TO FOLLOW IF YOU WANT TO BUILD MUSCLE

The 30 most underrated exercises for men, according to 11 trainers