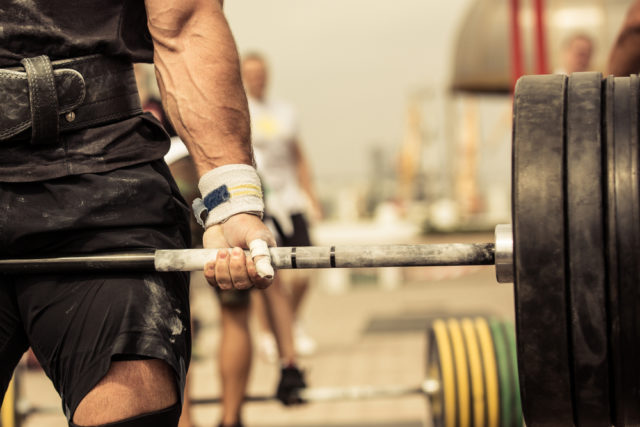 Building muscle and getting stronger may seem simple. The common belief is that if you lift heavy and often, you’ll see results quickly. This is true to a degree, but in reality there are tons of nuances to get you to your goals. Sometimes to get to where you want you need a little inside knowledge from industry vets.

Since most Muscle & Fitness readers wouldn’t argue “Rip’s” wisdom, let’s take a look at the six worst things you can do in your pursuit of strength.

Machines are great for some secondary assistance movements, but training exclusively on machines isn’t efficient if your goal is super-human levels of strength.

Machines alter the way your body moves, eliminate stabilization and restrict range of motion which is great for isolation.

There is a time and place for machines in your program but if you want to get strong, free weights need to be at the nucleus of your program, with machines playing a subservient role.

Are you logging countless hours on the same, boring piece of cardio equipment or putting in endless miles of potentially joint-destroying road work?

If you answered yes, you’re performing far below your strength potential. One study from the University of Tampa showed that adding jogging to a weight-training program decreased strength gains by 50 percent.

Opt for walking at a low intensity, which will facilitate recovery and have no adverse effects on strength. For intense conditioning, short bouts of HIIT will suffice.

Since strength is the goal, strive for eight hours of sleep nightly, minimally seven.

On a 500-pound squat, that is 10 to 25 pounds—no gym rule is worth giving up that! Furthermore, Planet Fitness has removed all squat racks. If strength is the objective, avoid this type of gym like the plague.

If you are worried about calming your nerves and feeling slightly healthier, you can keep on “sweating to the oldies” and hanging on the machines.

However, if building serious strength and a no-nonsense physique is the objective, avoid these cardinal strength sins at all costs, and get to work hitting the iron!

20 foods an athlete would never eat

5 diet mistakes that make it harder to cut body fat