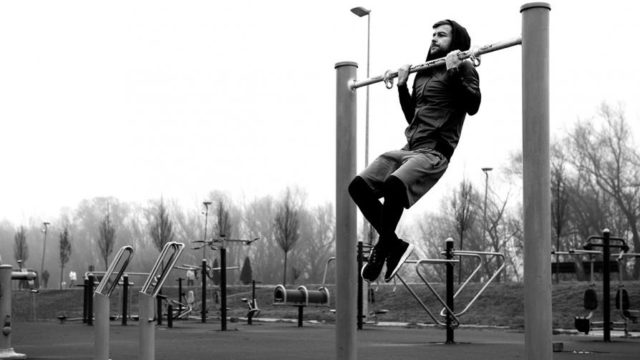 CAN YOU BARELY do a pullup, hate using the pullup assist machine, but desperately want to get better? Good. For the record, we hate that machine, too. But the pullup is definitely worth mastering.

“Though it’s a simple movement, it’s one of the best indicators of a person’s relative strength,” says physical therapist John Rusin, who works with NFL and MLB players.

Next, prioritize shoulder strength and stability. Do loaded-carry variations, like the farmer’s walk, and direct posterior deltoid work, like rear-delt flyes.

Finally, you won’t get better at something if you don’t practice the actual movement, so spend time on the pullup itself.

Start with timed hangs from the bar, and add bottom, top, and mid-range-of-motion hangs. Then move to eccentric pullups, using your legs to jump through the pullup portion, then lowering at a deliberate tempo of 3-5 sec.

“It’s not a sexy plan, but it’ll get you strong, bring up lagging body parts, and make you resilient to injury.”

The 10 best legs exercises for beginners