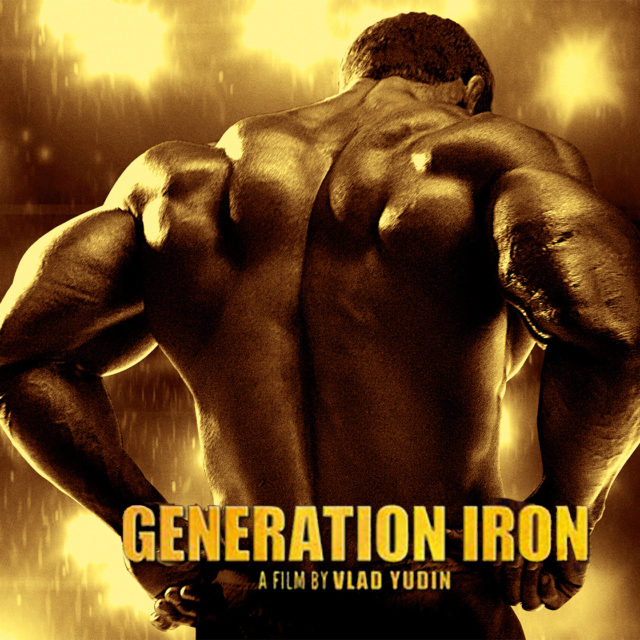 If weight training is your thing, you know the importance of staying out of the gym and taking a well-deserved rest day. That said, it doesn’t have to be boring! Training might be off the schedule, but if watching movies is your thing, you can combine both worlds.

Whether you’re a movie buff or just, well, buffed, the films on our must-see list are sure to shock, inspire and inform you

In the mid 1970s, Lou Ferrigno retired from the world of bodybuilding to pursue a career in acting, eventually landing the monster role as The Incredible Hulk for the hit television show. Many believe Ferrigno would have been unbeatable had he stuck with bodybuilding. Nearly 20 years later, the big man made an unprecedented return to the sport he once dominated. This documentary chronicles Lou Ferrigno’s courageous and incredible journey back to Mr. Olympia after a 19-year absence.

Arnold Schwarzenegger and Jeff Bridges star in this classic film that actually netted the young Oak a Golden Globe for Best Acting Debut. It follows a well-run path: man is sent to destroy a culture, man is assimilated into said culture and then fights to protect it. We’ll stop the synopsis there (no spoilers).

A slick promoter hopes to cash in on Venice Beach’s bodybuilding craze by trying to shape a talented bodybuilder into a champion. Bodybuilding legends Frank Zane and Franco Columbu cameo in the comedic classic.

Made as a sequel to the film Pumping Iron, a mix of both amateur and professional bodybuilders were featured. Although it’s had run-ins with critiques and wasn’t as groundbreaking as its predecessor, the film helped changed the way women are viewed in the sport.

For the first time ever, a bodybuilding documentary takes an exclusive look at professional physique competitors. In The Perfect Physique, physique champs Jeremy Buendia (pictured), Sadik Hadzovic, and the late Greg Plitt make appearances in a film of perfectly balanced proportions.

Who says bodybuilding is a young man’s sport? This engaging doc follows Bill “Grandmaster” Friedman as he reunites with his estranged son and attempts to win back his senior bodybuilding title.

Generation Iron is arguably the most notable bodybuilding film since Pumping Iron. Phil Heath and Kai Greene were the modern day Arnold Schwarzenegger and Lou Ferrigno, letting the weights (and sparks) fly as they went head-to-head for the Mr. Olympia title. True bodybuilding fans know how that story ends, but it doesn’t take away from the thrilling ride

Arnold is numero uno. Risque quotes, training sequences and arguably the most intense head-to-head Mr. Olympia matchup ever caught on film. Arnold Schwarzenneger introduced mainstream audiences to himself and bodybuilding at large, showcasing his charisma and watchability in the process.

Arnold made his attempt at a seventh Mr. Olympia title by making a surprise, last-minute entrance that year. People thought he was training for Conan the Barbarian, and in fact he was, but he parlayed the shape he got into into another run at the title.