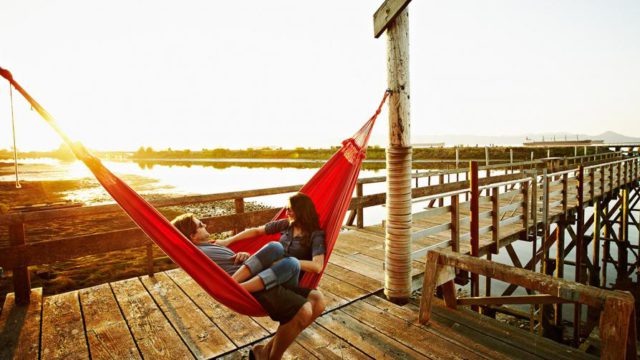 RELATIONSHIPS CAN LAST a lifetime. Or they can sizzle out after a hot and heavy month.

But if you’ve been dating someone for a while and still don’t really know if they’re worth your time, new research from the University of Utah can shed some light on your situation.

Thing is, breaking up is difficult because relationships have layers of complicated pros and cons. Some are deal-breakers, some are tolerable, and some make it next-to-impossible to cut things loose.

In an attempt to peel some of those layers back, Utah researchers talked to people who were on the cusp of a breakup and trying to decide what to do. They asked men and women were asked open-ended questions about their reasons for wanting to stay and leave their relationship. They arrived at 27 reasons that support staying in a relationship, and 23 reasons people give for wanting to leave.

In the second phase of the study, researchers turned those 50 factors into a questionnaire and presented it to another group of people who were trying to decide whether to end a long-term relationship (on average, two years) or their marriage (roughly nine years).

For the most part, couples who were dating said they’d stay because of more positive reasons—they “loved their partner’s personality,” they felt “a strong emotional closeness,” they “really enjoyed being together.” Married couples, however, tended to think along the lines of “constraints”—they’d “invested many years in the relationship,” they identified family responsibilities and logistical barriers (kids to worry about), and they were “afraid of the unknown.” Even for people in unsatisfying relationships, the notion of starting new again was terrifying for most people.

“What was most interesting to me was how ambivalent people felt about their relationships,” lead study author Samantha Joel, Ph.D., said in a press release. “They felt really torn. Breaking up can be a really difficult decision. You can look at a relationship from outside and say ‘you have some really unsolvable problems, you should break up’ but from the inside that is a really difficult thing to do and the longer you’ve been in a relationship, the harder it seems to be.”

Here are the top reasons, ranked by importance:

Top 27 reasons to stay in a relationship

“Humans fall in love for a reason,” Joel said. “From an evolutionary perspective, for our ancestors finding a partner may have been more important than finding the right partner. It might be easier to get into relationships than to get back out of them.”

THE 25 WORST FOODS FOR FAT LOSS

6 WAYS TO INTENSIFY YOUR REPS

6 SUPPLEMENTS TO RAISE YOUR TESTOSTERONE