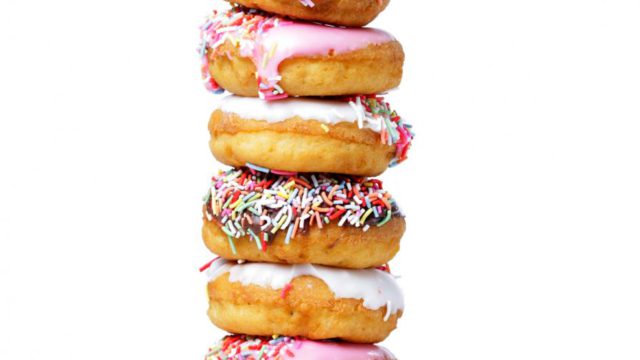 YOU CAN NOW add foods low in fiber and high in saturated fat and sugar, to the list of factors disrupting your sleep, according to a study from the American Academy of Sleep Medicine.

In the small, randomized study, 26 participants (13 men and 13 women) with a normal weight and average age of 35 were asked to spend five nights in a sleep lab. The men and women spent nine hours in bed, from 10 p.m. to 7 a.m., sleeping an average of 7 hours and 35 minutes per night.

For four days, participants received meals provided by a nutritionist in which approximately 31 percent of energy came from fat (7.5 percent came from saturated fat), 53 percent came from carbohydrates, and 17 percent came from protein. On the last day, participants were allowed to eat whatever they wanted (they ate 32.7% of energy from fat; 10% from saturated fat; 54.6% from carbohydrates, and 14% from protein). Nightly, a polysomnography—a machine that records your brain waves, blood-oxygen levels, heart rate, breathing, leg and eye movements to detect sleep disorders—recorded sleep data. This began on the third day in the sleep lab so the controlled feeding could have enough time to influence the participants’ cycles, and concluded on the fifth, after participants were free to eat whatever they wanted.

“It was most surprising that a single day of greater fat intake and lower fiber could influence sleep parameters,” study author Marie-Pierre St-Onge said in a press release. “The finding that diet can influence sleep has tremendous health implications, given the increasing recognition of the role of sleep in the development of chronic disorders such as hypertension, diabetes and cardiovascular disease,” says St-Onge.

If you’re struggling to stay asleep at night, or your fitness tracker or sleep app is indicating you’re having light, un-restorative, and fitful sleep, booking an appointment with a nutritionist might be a natural remedy.

The case against a cheat day

How long to rest for greater muscle, strength, and weight loss.