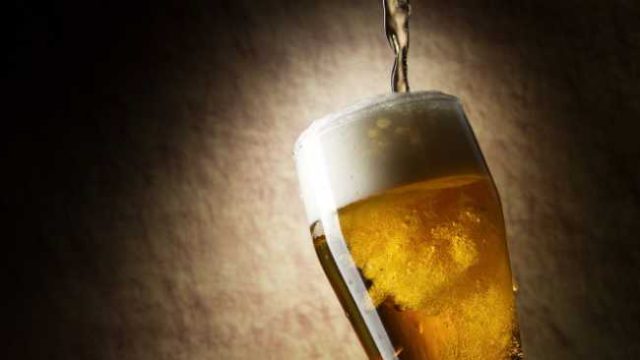 There’s a compound in hops that can lower your cholesterol, blood sugar, and weight. Hops are used to make beer. We already know that knocking back a few cold ones won’t derail your fitness gains. But, could it actually help you lose weight? Probably not, but this new study is pretty interesting none the less.

Researchers at Oregon State University found hops contain something called xanthohumol, a natural flavonoid (a nutrient- and antioxidant-rich compound found in tea, garlic, chocolate, apples, blueberries, and more); and, at a specific intake, the flavonoid is able to improve some of the underlying indicators of cardiovascular disease and type-2 diabetes (metabolic conditions).
In the study, published in a special issue of Archives of Biochemistry and Biophysics, lab mice were fed a high-fat diet (60 percent of their daily calories came from fat) and various levels of xanthohumol. Experiment groups ingested 0, 30, or 60 mg of xanthohumol per kg of body weight, every day, for 12 weeks.

Compared to the control group, which had no xanthohumol, mice given the highest dosage exhibited an 80 percent drop in bad LDL cholesterol, a 42 percent decrease in insulin, and inflammation by 78 percent.

What’s more, xanthohumol appeared to increase the mice’s oxygen consumption and metabolic rate, and help manage their weight control. It might seem impossible since the mice were growing and increasingly becoming obese on the rich diet, but mice receiving xanthohumol gained 22 percent less weight—even though they were eating the same amount of food.

“This is the first time we’ve seen one compound with the potential to address so many health problems,” lead study author Cristobal Miranda said in a press release.

However, more research is required to show the benefits can be safely achieved in humans. You should also know the highest level of xanthohumol used in this research was 60mg per kg of body weight per day. The human equivalent is 350mg per day for a 154lb person. Not only does this exceed the amount you could ingest through your diet, but a level that high would equate to drinking 3,500 pints of beer for a human adult every day.

On the bright side, co-author Fred Stevens says: “Work is still needed to further demonstrate the safety of high doses of xanthohumol, but dosages 15-30 times higher than we used have already been given to animals with no apparent problems.” So, could they potentially bottle the stuff or turn it in to a calorie-free supplement of sorts? TBD.

In the meantime, no, this does not give you the green light to drink yourself under the table.

*We do not promote or condone excessive alcohol consumption; drink responsibly.*

THE STORY OF THE BREITLING SQUAD CONTINUES

How to get better at pullups