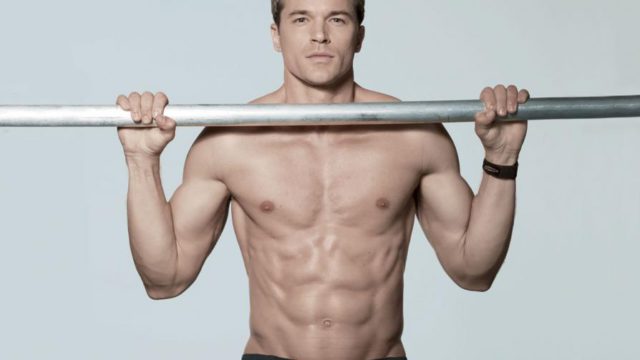 You’re getting checked out just as much (okay, maybe not as much) as you’re sneaking peeks at the spandex- and lycra-clad girls swinging kettle bells, sprinting on treadmills, and slamming sandbags at the gym. And, whether or not you’d care to admit it, there are probably certain exercises you love to see a woman do. (Are visions of squats and snatches dancing in your head?)

Well, women have an opinion on the matter, too. Quite strong ones, actually. Read what women had to say about their favorite exercises to watch you do in the gym. In fact, they may even turn her on a little. Not that it should or could necessarily influence your next sweat session… but you’re probably a little curious, yes?

“I love watching guys do squats. But I’m not really into bulky guys, so lifting a ton doesn’t really impress me,” -Alex W.

“To me, it’s really attractive to see a guy doing pull-ups. It takes a ton of strength, and shows off all the muscles along their upper body, which are really sexy.” – Brianna S.

“I like seeing guys run on the treadmill and do pushups. I think that’s sexy and shows they’re into more than just lifting weights. Seeing guys do pull-ups is also pretty sexy and impressive. I am turned off, though, when a guy has his shirt off at the gym. Like, chill bro, we’re indoors with AC, you can keep your shirt on.” – Lauren P.

“I can appreciate a man doing pull-ups—not with the weight around their waste though, that’s just aggressive.” – Sarah H.

“Pull-ups. I think a man’s back and arms are really sexy, and this move shows off all their muscles. Plus, I couldn’t do a pullup if my life depended on it, so I always think it’s impressive when a guy can pull his entire body weight up.” – Erin K.

4 THINGS TO KNOW ABOUT INTRA-WORKOUT NUTRITION

The sodium you get from processed foods and when eating out is 70% of...

Is it a bad idea to be ‘friends with benefits?’