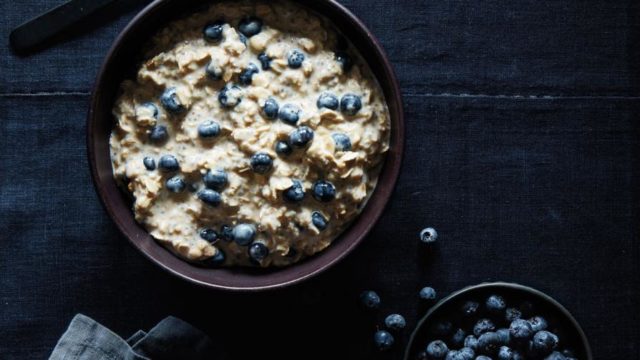 WHENEVER WE TALK to people trying to lose weight, one question often comes up: Should people try fasting, or should they prioritize breakfast?

It’s a valid question. After all, there’s evidence that intermittent fasting can help you lose weight by speeding up your metabolism and spurring fat loss. At the same time, eating breakfast (especially a high-protein breakfast) has been shown to help you lose weight and improve your mood.

So what’s a guy to do? The answer depends upon your body.

People who are overweight or obese should make time for breakfast, because it can lower the risk of diabetes and cardiovascular problems. Alternatively, people who are already fairly lean should consider fasting to burn more fat, according to research from The Physiological Society.

In the six-week study, published in the Journal of Physiology, 49 men and women (29 lean, 20 obese) either ate breakfast before 11 a.m. or continued to fast until noon. Those who ate breakfast consumed 350 calories within two hours of waking and at least 700 calories by 11 a.m. every day. And while they weren’t told what to eat, most participants stuck to toast, cereal, and juice. (That’s a very small study, by the way, but it is one of the few to deliberately compare the effects of fasting vs. eating breakfast on lean and obese people.)

When obese individuals regularly ate a morning meal, their bodies tended to activate a fat-burning gene—but the same effect didn’t occur in lean people. Obese breakfast-eaters also tended to absorb sugar better, which may have a protective effect by lowering the risk of type-2 diabetes and heart disease. That’s good news, because fat in obese people doesn’t respond as acutely to insulin as it does in lean people. Conversely, when obese individuals fasted in the morning, it triggered genes related to inflammation—suggesting that fasting may not help obese people as much as it does lean people.

Alternatively, fasting worked better for lean men and women. Normal-size people who fasted in the morning tended to rev up their metabolism—fasting activated fat-burning genes, the researchers found.

“Since participants ate high-carb breakfasts, we cannot necessarily extrapolate our findings to other types of breakfasts, particularly those with high protein content,” lead study author Javier Gonzalez said in a press release. He added: “By better understanding how fat responds to what and when we eat, we can more precisely target those mechanisms. We may be able to uncover new ways to prevent the negative consequences of having a large amount of body fat, even if we can’t get rid of it.”

For sources of healthy carbs, stick to oats, whole-wheat toast, and fruit like bananas and blueberries.

HOW TO MEET WOMEN