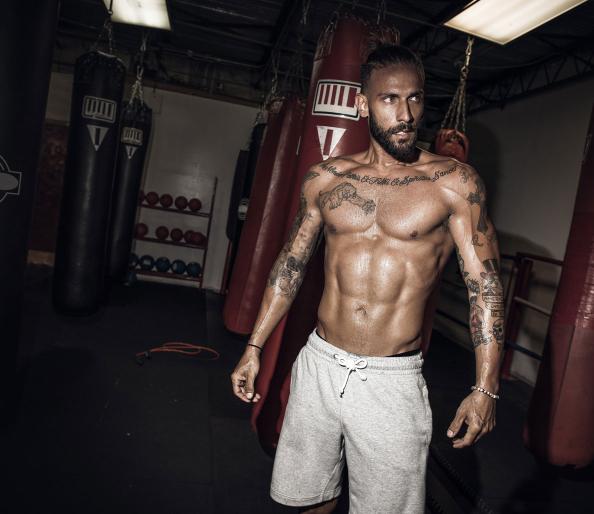 When guys reach 30 years old, they enter a period known as “somatopause,” where human growth hormone levels start to drop profoundly. But, thankfully, you’ve got options. There’s a way to take control of your HGH production naturally and through the use of both alternative and synthetic sources. Although more research and testing into the benefits and side effects of increased HGH levels in adults is needed before the masses accept it as the potent, miracle-like drug it’s been touted to be, the science that does exist is very promising. So much so that clinics and drug companies are racing to capture the market—and our hard-earned dollars.

But before you spend a cent, you need to know the true story of HGH. Since 1985, synthetically produced forms of HGH have been found in many supplements and doctor-prescribed injections and have been effective if used properly. Despite its reputation for being used in combination with anabolic steroids among professional athletes, HGH has helped tens of thousands of children overcome genetic health issues because of a deficiency of the hormone. HGH can also be beneficial to adults who want to work past the common effects of aging. Because of oxidative failure at the cellular level, DNA is damaged and hormone secretion, including testosterone, progesterone, estrogen, and growth hormone, is slowed to a crawl. Upping your HGH levels is one way to gain an advantage in improving and maintaining your health and fitness. Having more energy, endurance, and muscle mass, as well as lower blood pressure, a reduced risk of diabetes, and an increased sexual charge (and better bedroom performance) are just a few of the potential benefits.

Our natural HGH production peaks during adolescence. Because there’s a greater need for cell regrowth as we get older, people try various methods for increased HGH levels well after they’ve graduated into adulthood.

Taking control of your diet and exercise is one way, and combining a strict workout plan with the use of oral supplements or topical cream is another. Injections via a doctor’s prescription will help you heal faster but will get you in trouble with the law if procured illegally. Each works in specific ways to raise HGH levels that are vital in the fight against cell degeneration.

The most natural way to boost your growth hormone levels and start looking and feeling younger is to sweat! HGH can be released as a result of high-intensity interval training. Your body will produce HGH during the short, active rest in between fast and hard bursts of cardio. Working out hard in 30-second intervals, breaking a sweat, and running short of breath is the easiest way to trigger HGH production. “After a high-intensity workout, muscle damage occurs. The pituitary gland secretes elevated HGH to repair these damaged muscles,” says Robert Handerahan, head strength and condition coordinator at George Mason University.

Following the right workout plan, however, will only help so much. Diet plays a vital role in releasing HGH into your system. Eating right and at the proper time while also avoiding sugary snacks is key for your body to realize any of the benefits of natural HGH production.

Orally ingested pills claiming to re-create the growth hormone production levels of your youth are readily available on the market. The package looks convincing, but what most people don’t know is that there is no “HGH pill” that actually contains human growth hormone. Ingesting synthetic or even natural HGH will do nothing to increase levels in the body.

However, there are compounds capable of increasing the body’s own production of real HGH. Growth Factor-9 is a supplement that was shown in a recent double-blind, placebo-controlled clinical trial to actually increase growth hormone levels. Scientists at Pennington Biomedical Research Center at Louisiana State University witnessed a mean HGH increase of 682%.

Growth Factor-9 is a precise patent-pending amino-acid blend. Amino acids are the building blocks of protein and are, therefore, a common and very safe component of the daily diet. When taken on an empty stomach, Growth Factor-9 has a noticeable effect on the human body, specifically on the pituitary gland, where human growth hormone is secreted.

Ingesting pills is also a more natural alternative to boosting your growth hormone levels than via injections. If your body receives too much HGH from an unnatural source (such as synthetic HGH injections), it can actually shut down its own growth hormone production to even lower levels than when somatopause is initially triggered. HGH-boosting supplements like Growth Factor-9 (available at GNC, GNC.com, and growthfactor9.com), which supports the pituitary gland’s production of growth hormone levels with the right mix of amino acids, are the next best thing to actually injecting yourself with synthetic HGH.

Testosterone cream is real and often effective for improving libido, muscle mass, and sexual performance in both men and women. However, products labeled “topical HGH cream” are another story. There’s little evidence to substantiate that they amount to anything. While some HGH creams contain plant growth hormone, there is no research showing any benefit to humans. The aim of testosterone cream is to replace the body’s naturally depleting testosterone levels. While topical testosterone is available only via a doctor’s co-sign, HGH creams are sold through online vendors and considered by many to be a scam.

“Since cream is not a direct injection and the marketing claim of your cream is that it contains HGH, then you are ripping people off,” says one unhappy anonymous user. “If the intent of the cream is to stimulate the pituitary gland and release additional HGH, you could still be getting ripped off. Check the ingredients list.”

Most products labeled as HGH cream contain less than 5% of Somatropin, which is a type of synthetic growth hormone. Creams are considered the least effective way in which you can boost your HGH levels. Also, considering that growth hormone is a very fragile substance and tends to deteriorate easily, a topical application might not be the best facilitator.

Arguably the most effective way to raise your HGH levels is injection. Provided there is a doctor’s prescription, you can legally obtain and use human growth hormone to help speed along recovery after a severe surgery or injury. However, illegally obtaining and self-injecting HGH is highly illegal, and self-prescribing is a bad idea.

Of course, it’s the increasing volume of success stories that is driving the demand for HGH through the roof. Justin Hull played college football in Connecticut and tore his ACL in his last year of eligibility. In 2008, he had surgery to repair his right knee and received a doctor’s prescription to inject himself with HGH after the surgery. Afterward, his body healed fast and Justin found the increased energy and endurance that typically accompanies a boost in growth hormone levels. After injecting himself with 2cc of HGH each day over a six-month period and working out twice a day, Justin says he bulked up from 215 to 235 pounds and saw increases in areas he wasn’t specifically seeking improvement in.

“My sex drive was out of control and I felt a lot more confident,” Hull says. “I found myself recovering from workouts faster than usual, and my doctor was amazed at how fast the scar from the surgery healed. He said I would have been out of work for 12 months, but I was back in seven.”

After stopping the HGH injections routine, Hull said he lost some definition and saw a drop in endurance, but he didn’t experience any negative side effects. He says he was satisfied overall and felt that the HGH injections worked to his advantage.
BY JOE JACKSON

Mom was right: You should really be eating your broccoli

THE 6 WORST THINGS YOU CAN DO TO GET STRONGER