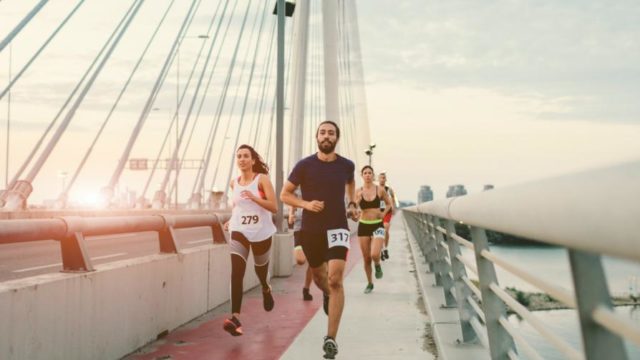 THERE’S NO GOOD reason to smoke tobacco, and most people who do smoke (around 74%) want to quit. The primary challenge? About 85% of smokers have already tried to quit and failed, and almost 50% of smokers admit that they’ve attempted to quit smoking at least three times, according to a 2013 Gallup poll.

So we know that smoking is horrible for your health, that lots of people want to quit, and that quitting is supremely difficult. The question then becomes: What’s a more effective way to help people quit smoking?

One approach: Get them to start exercising, according to a new study published in the British Journal of Pharmacology.

In the study, researchers pumped some mice full of nicotine for 14 days, and then gave them access to an exercise wheel for either 24 hours or 2 hours a day. (A control group of mice had no rodent-treadmill access.) The mice who could exercise, whether for the full day or just a couple hours, showed a big reduction in typical chemical symptoms of withdrawal seen in the brain compared to the sedentary mice.

“The evidence suggests that exercise decreases nicotine withdrawal symptoms in humans; however, the mechanisms mediating this effect are unclear,” said study head Alexis Bailey, Ph.D., a senior lecturer in neuropharmacology at St George’s, University of London. “Our research has shed light on how the protective effect of exercise against nicotine dependence actually works.”

And if you need another reason to quit smoking, here are three: Smokers tend to make less money, but quitting smoking makes people happier in the long run and helps them cope better with anxiety and depression.

Get bigger arms by correcting this 1 biceps curl mistake