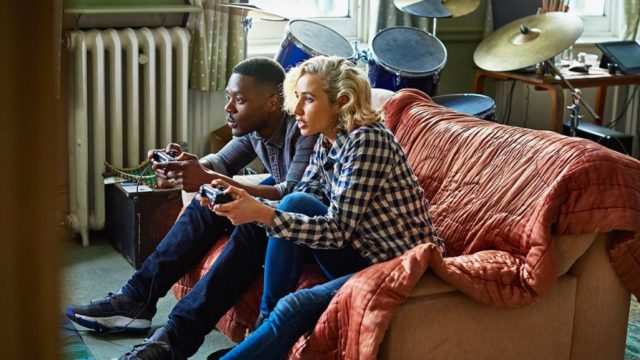 AMONG THE BIGGEST TURN-OFFS IN A MAN,according to women, you’ll find red flags like “cockiness” and “douchiness”. But there are other, more surprising ways you could be pissing her off.

One such example: your obsessive Call of Duty habit. For a lot of dudes, gaming is a favorite way to decompress and blow off some steam. But gaming can drive some women nuts—or, more specifically, all that time spent gaming can drive her nuts. Alternatively, we know some lady gamers who love gaming with their boyfriends, and even a few who met their boyfriends via gaming.

To get a glimpse into what some women really think, we asked 20 women if they mind when a guy plays video games. Here are their thoughts, no holds barred.

1. “I wouldn’t really mind so long as it didn’t take away or distract from quality time together.” – Alexandra E.

2. “Only if it intrudes on our time together and starts to consume his life.” – Raquel M.

4. “I don’t mind if I’m doing my own thing, but if we’re spending time together and he wants to play them, then why am I even there?” – Alex W.

5. “I don’t mind if they play here and there, but if you’re playing Call of Duty and gaming with strangers every night, we’ve got an issue.” – Sasha C.

6. “It’s circumstantial for me. If video games don’t eat up too much of his time and money, then it’s totally fine. If gaming starts to create obstacles in his work and/or personal life, then it’s time to say goodbye.” – Mary F.

7. “Yes, I understand if they play once in a while, but if it becomes an obsession we won’t be dating for much longer.” – Elizabeth C.

9. “As long as it doesn’t interfere with his giving our relationship adequate time and attention then I don’t mind. But I definitely prefer they have other hobbies, if possible.” – Lauren M.

10. “My ex was fascinated, and eventually hired to broadcast himself playing. He had thousands of followers, so he’d have to broadcast hours a day and often overnight—even a 24-hour stream once a month. He’d drink coffee and eat like shit while playing, had bags under his eyes, and didn’t shower often. He’d choose gaming over me all the time or be too tired to spend time with me when he wasn’t gaming—even for sex. It can be an unhealthy hobby that turns into an obsession, so I mind at this extreme.” – Tara L.

11. “I understand if it’s something guys play together to pass the time (even I think the occasional game of Mario Kart is fun. However, I’ve definitely been in situations where a bunch of guys are playing video games while the women are just expected to watch them play.” – Marissa G.

12. “Nope, I don’t mind; for two reasons: First, it’s the perfect situation for what I call ‘alone time together’—I can scroll through Pinterest or Instagram while he plays FIFA, and we’re still enjoying the fact that we’re next to each other. Second, video games are fun, and I’d want to play more too if I were as good as he is.” – Olivia W.

13. “I think it’s the nerdiest thing ever, but I’ll allow it since it affords me time for reality TV.” – Brianne K.

14. “I only care if I want attention. Otherwise it’s great for getting alone time.” – Anna N.

18. “Only if it’s classics, like Pac-Man, Super Smash Bros., or Diddy Kong Racing. All the new games require a freaking college degree to maneuver.” Lianne M.

19. “I don’t mind if a boyfriend plays video games once in a while. However, there’s nothing sexy about a guy who sits in the dark just exercising his thumbs all Sunday.” – Julia J.