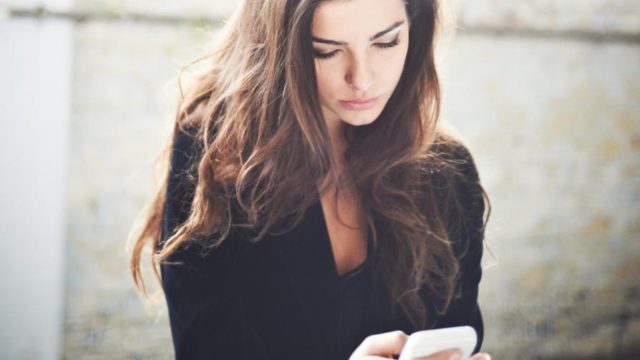 THERE’S NO DENYING dating has become more accessible than ever, with apps and services catering to every preference.

Problem is, nothing’s simple anymore. If you want to find a genuine partner, you’ve got to jump through hoops and weed through users who are only in it for kicks (or simply want to shag). And if you just want to shag, well, you’ll find that plenty of women are up for that too—but they’re probably more discerning than you might think.

Bottom line: You need to optimize your profile so you’re attracting the right kind of women and do everything you can to stand out for all the right reasons.

Here, 20 women sound off on the worst photos, most off-putting bios, and other dating profile blunders most men make.

1. “Too many sunglasses pics. What are you hiding behind them?” – Lianne T.

3. “When a guy lists things about women that annoy him.” – Madeline O.

5. “Not including their height in their bio, and only including close-up face shots or group shots so you don’t know who he is.” – Alexa O.

6. “Shirtless selfies, and anything like, ‘Swipe right if you can handle a real man.’” – Brianna S.

7. “If he says in his bio: ‘Your mom will love me.’ Alternatively, anything that tries too hard to convince you he’s not a fuckboy because he probably (definitely) is.” – Christine Q.

8. “Photos with tons of girls or an ex girlfriend.” – Kristin R.

9. “Extremely bro-y spring break or college photos. Have you matured at all?” – Anna B.

14. “When a guy’s clearly cropped someone out (cough, a girl) of a photo. Or, when they look too meathead-y.” – Victoria M. [Note from the editors: Lifting is fine, bro. Just be judicious about how you present it.]

16. “No bio or photos that show his personality. This isn’t really a red flag, but if you don’t make an effort to differentiate yourself from every other guy, why should I be tempted to reach out?” – Abbie Z.

17. “Poor-quality photos. If they’re all dark, blurry, or super far away, I won’t know what you look like. There’s merit to putting your ‘best face forward.’ But on the same note, don’t be deceiving and post photos that show you decades apart.” – Janine C.

18. “Write in complete sentences and DON’T abbreviate words. I will never go for a guy who says ‘wut.'” – Gabriella S.

20. “If he’s only got pictures of him partying, it’s a turn-off. No one wants to date a frat boy, unless they’re still in college.” – Kate L.

Working out consistently and intensely can make your cells younger