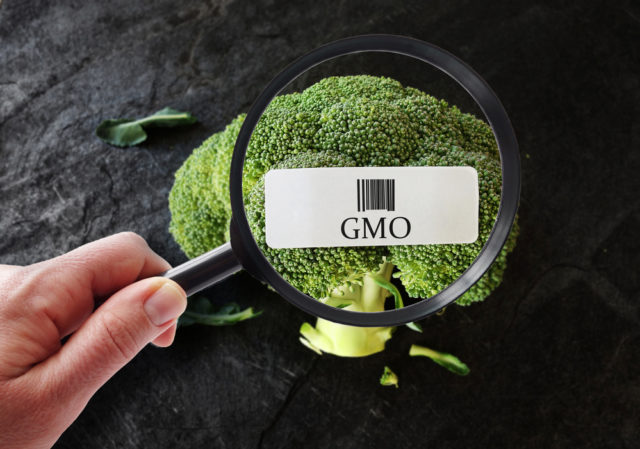 We’re sure you’ve heard or seen the acronym GMO, which stands for genetically modified organism, at one point or another. GMO foods have stirred up plenty of controversy among the U.S. public, fueling ongoing debates about their safety and whether they should be clearly labeled for consumers. But as far as the scientific community can tell, they’re safe to eat.

GMOs are plants or animals that have had their DNA altered in a laboratory to give them specific genes. It sounds like something out of a sci-fi movie, but it’s just a modern way to accomplish what farmers have been doing for ages with good old-fashioned breeding: giving crops positive traits. In the U.S., the majority of GMO crops have been altered to be insect-resistant, herbicide-resistant, or both, according to the USDA’s Economic Research Service..

Some of the most common GMO crops in the U.S., including corn, soybeans, and cotton, have been grown on a large scale for more than 20 years now. GMO foods need to be approved by the FDA, the USDA and the EPA before they’re commercially grown, and only 10 approved GMO crops are farmed commercially in the U.S.

It may not sound like much, but those top GMOs break down into many of the ingredients found in processed foods. For example, over 90 percent of all corn grown in the U.S. was genetically modified in 2018, according to data from the National Agricultural Statistics Service. That corn could end up as cornstarch, corn syrupOpens a New Window., corn oil and — you get the idea. You probably eat more GMO ingredients than you think.

Fortunately, GMOs have been researched extensively and, in 2016, the National Academies of Science, Engineering, and Medicine spanning two decades to address public concerns about their safety. The NAS found that genetically modified foods are the same as non-modified varieties when it comes to composition and nutrition, and it saw no indications that eating GMO foods led to more health problems. If you want to avoid GMOs, that’s your choice. But as of now, the consensus is that they’re no less safe than their traditionally-bred counterparts.

5 workout ‘rules’ you need to break

HOW TO CREATE A HEALTHY DIET PLAN

How to naturally burn more fat