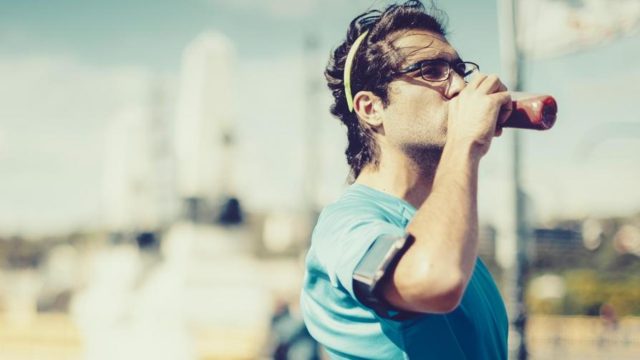 FROM BOOSTING STRENGTH to building muscleto improving productivity, there are plenty of science-backed benefits linked to the popular workout supplement creatine. And according to new research published in the Journal of International Society of Sports Nutrition, whether you take the supplement before or after resistance training could amplify its effects.

For the study, 19 male recreational bodybuilders were randomly divided into two groups. One group took 5g of creatine monohydrate before workouts, and another group took the same amount of creatine immediately following its workouts. The men trained five days a week for four weeks and consumed 1.9g of protein per kilogram of bodyweight.

While creatine boosted strength and muscle mass among all men in the study, those who took creatine after working out gained more lean mass and increased their bench-press one-rep max more than men who took the supplement pre-workout.

Beyond muscle size and strength, creatine may also improve productivity and boost testosterone. Read six reasons you should be taking creatine to see what else the supplement can do for you.

Get Inspired By An Athlete Who Loves The Great Outdoors.