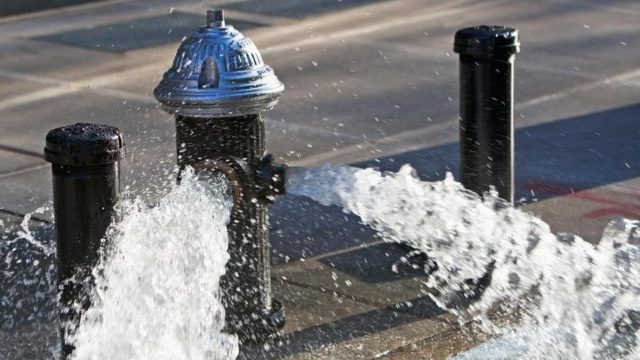 While a male orgasm’s function is straightforward (men need to orgasm to release sperm and fertilize an egg), a woman’s orgasm doesn’t serve a direct biological purpose. In fact, scientists aren’t sure why female orgasms still exist. Some speculate that they could be a way to make women bond with a partner. Others believe they happen because the penis and clitoris are formed from the same genetic “blueprint”. Still others believe that female orgasms are just an evolutionary leftover from when more primitive humans’ bodies needed to be stimulated to trigger ovulation.

Making the female anatomy even more complicated: A woman’s reproductive system has several additional functions that require more nuances to their anatomical structure and open more variables for how they’re laid out.

But even if science can’t explain the whys of female orgasms, they have managed to offer up some hope on the hows. Here’s a primer on why some women orgasm more often than others.

Fun fact: The clitoris’ one and only function is pleasure. It’s the only organ in both the male and female body with this singular purpose. So, it should be easy for a woman to achieve orgasm, right? Wrong.

Since woman don’t need to orgasm to achieve the biological goal of sex—reproduction—women get shafted (no pun intended) when their bodies start forming their sex organs. The clitoris isn’t in the ideal position to be stimulated directly during penetrative sex, so a woman with a completely normal clitoris could still have issues climaxing from sex alone.

Factor in that there are so many variables in the location, size, and sensitivity of each woman’s clitoris, and things get even more nuanced—although it does help explain why women orgasm at different frequencies. “There is evidence that the size and location of a woman’s clitoris affects her ability to orgasm,” says Danielle Harel, co-founder of Celeste & Danielle Sex Experts and co-author of Making Love Real: The Intelligent Couple’s Guide to Lasting Intimacy and Passion. “Women who have smaller clitorises that are farther away from their vaginas can have a more difficult time orgasming and might take longer to get there.”

Other physical factors can affect a woman’s ability to orgasm as well. Hormonal imbalances, such as menopause and pregnancy, can make it more difficult—or, in some unique cases, easier and more intense.

All in her head?

Another fun fact: Orgasms happen in the brain as much as they happen down below. So, if your partner’s brain is blocked from climaxing, her body will be as well.

More specifically, the mental blocks affecting a woman’s ability to orgasm can tie back to certain value systems that stressed that sexuality and desire are more immoral for women than for men (aka slut-shaming).

“Women are told from an early age that sex is not for them, that it is dangerous and shameful, and that they need to protect themselves against being used,” Harel explains. “This often causes women to distance themselves from their desire, and become more distractible during sex.”

Bringing out the big O

“Women need clitoral stimulation, and lesbians likely have more oral and manual sex with a lot of clitoral stimulation,” Harel explains. “Plus, they know what makes them orgasm, and can offer this to their partners.” Lesbians are working at an advantage because they’ve got a deeper understanding of their lady parts, but that doesn’t mean you can’t take a cue from them.

“Heterosexual couples may go much more quickly to intercourse, even though many women cannot orgasm from intercourse alone,” Harel says. Bottom line: Lesbian sex focuses less on penetration and emphasizes clitorial stimulation, something men can take a cue from.

The same study found that women who orgasmed frequently (as opposed to those who orgasmed often) were receiving more oral sex, having sex for longer, incorporating manual simulation, and making out more. On the emotional side, they reported being happier in their relationships, asking for what they wanted in bed, sexting their partner, trying new sexual positions and fantasies, talking dirty, and saying “I love you” during sex.

What you can do to help her achieve orgasm more often

Besides get down there more often? To get the big O, you need the big C—communication. By exposing yourself and your vulnerabilities about your sexual performance to your partner, you put her at ease about hers. Tell her what you like, and find out what she likes. Ask her to explore her body on her own and find what works for her. Experiment with new things, and ease your way into exploring more risque and liberating aspects of your sexuality together. She’ll be coming (pun intended) for more in no time.

My girlfriend’s great in bed and a nice, fun person—but I can’t see myself...