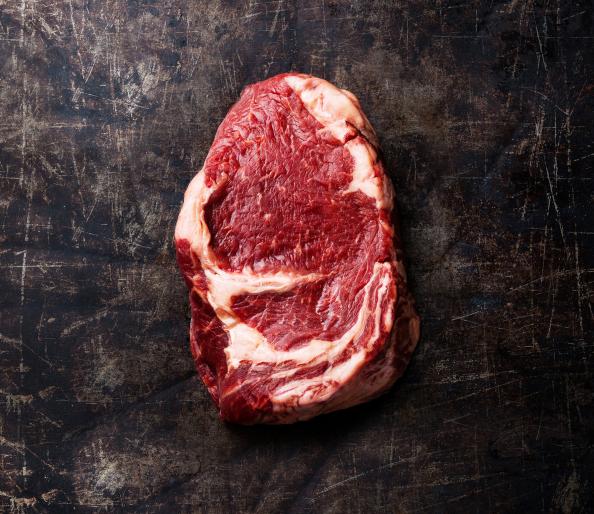 You’ve probably never heard of phenylalanine, let alone know what it is (or how to pronounce it). But researchers from the Society for Endocrinology believe it’s the key behind protein’s amazing ability to promote weight loss, according to new research.

Here’s the quick and dirty: Phenylalanine is a chemical end product made when your body breaks down protein-rich foods like beef, fish, milk, and eggs. It triggers hormones that cap hunger (i.e. leptin and GLP-1) and stimulates weight loss.

Now, past research has proved protein-rich diets encourage weight loss by making people feel fuller. The only caveat is that a protein-rich meal plan, like the Paleo diet, is difficult to stick to because you’re weaning off carbs and amping up meat and plant-based protein foods. However, simply adding more protein to your diet can aid in your efforts without a complete nutritional overhaul.

In the new study, researchers ran various tests on mice and rats in order to analyze the influence of phenylalanine on appetite, hormones, and calorie consumption.

In the first experiment, the team gave 10 rats and mice a single dose of phenylalanine. In the second experiment, obese mice (typically used as a model of human obesity, the researchers say) were given phenylalanine repeatedly over seven days. Both test samples were compared with the same number of control rodents, which didn’t receive any phenylalanine.

After a single dose of phenylalanine, the rodents experienced a decrease in their typical food intake, increased levels of the hunger-curbing hormone GLP-1, and diminished levels of appetite-spiking ghrelin. The obese rats and mice given multiple doses over the span of a week also experienced weight loss; they were more active, too.

There was a third test to further investigate why phenylalanine was stimulating this response. Researchers placed gut cells in a petri dish with phenylalanine and monitored the interaction. Turns out the specific receptor causing levels of GLP-1 to increase and appetite to decrease was the calcium sensing receptor named CaSR.

“It highlights the potential use of phenylalanine or other molecules which stimulate CaSR—like drugs or food components—to prevent or treat obesity,” lead study author Mariana Norton said in a press release.

While phenylalanine is available in supplement form, you can also eat more protein-rich foods.

How to do the slider reach